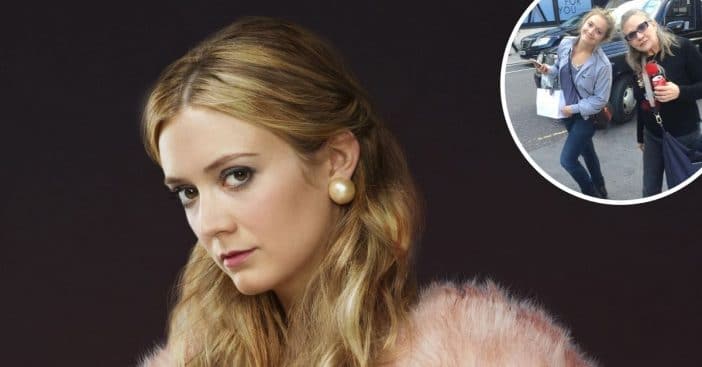 It has been four years since beloved Star Wars actress Carrie Fisher passed away. Her daughter, Billie Lourd, shared a loving message on the anniversary of her death. The 28-year-old followed in her mother’s footsteps and is also an actress, best known for her role in American Horror Story. Billie shared a photo of herself and her mom walking down the street.

She wrote, “⛽️®️🅰️♑️🌛♏️🅾️♏️🅱️🌱Sending my love and strength to everyone out there that’s missing a loved one they’ve lost. Especially those of you who have lost someone during this crazy year. You’re not alone. ❤️” Carrie passed away on December 27, 2016, at 60 years old. Just a day later, her mother, actress Debbie Reynolds died at age 84.

This isn’t the first sentimental post that Billie has posted. On Mother’s Day, she wrote, “Sending my love to anyone who has lost a mother and anyone who might just be having a complicated Mother’s Day this year. This is my 4th Mother’s Day without my Momby and days like today are never easy, but I’ve found that doing things that make me feel more connected to her make it a little easier – watching her favorite movies, listening to music we listened to together, looking through old pictures and my personal favorite – eating + drinking things she loved.”

She has also regularly shared musical tributes to her mother on Instagram. Billie has performed “These Days” by Jackson Browne and “Angel from Montgomery” by John Prine. Sending our condolences to Billie and the entire family.