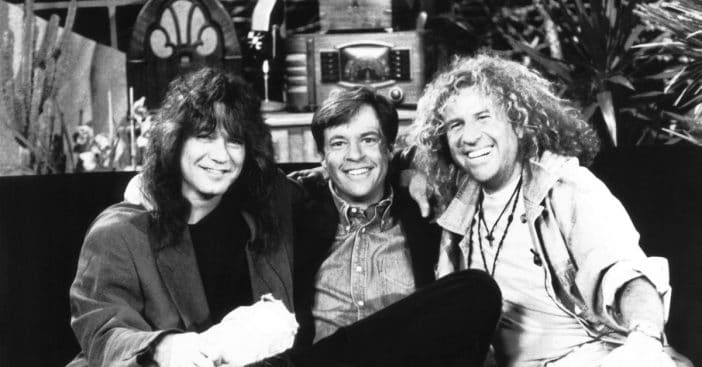 Sammy Hagar and Eddie Van Halen once rocked out together in the band Van Halen. After working together, they did not get along for a while and did not talk. Luckily, they were able to mend fences before Eddie passed away from a battle with cancer this year.

Now, Sammy is recalling his final conversation with Eddie. Sammy revealed that it was difficult to get in touch with Eddie after all those years. He heard that he had cancer and wanted to talk to him and ‘bury the hatchet.’ Sammy gave his number to his brother, friends, and his manager and urged them to tell Eddie to call him. For a while, nothing happened.

Sammy said that actor George Lopez finally helped them connect. Sammy revealed, “I said, ‘Why don’t you respond? I’ve been reaching out’ and Ed said, ‘Why didn’t you call me? Don’t f—ing call my brother, f—ing call me!’ And I said, ‘I love you man,’ and it was like, boom, we were good. It was a beautiful thing.”

Eddie died at the age of 65. His son Wolf confirmed the news on October 6th. He has since shared in interviews what it has been like to lose his father to cancer. RIP Eddie!