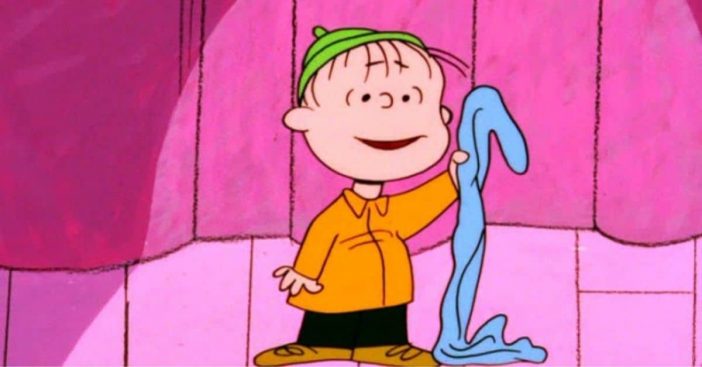 The Charlie Brown specials, including the beloved A Charlie Brown Christmas special, were created by Charles M. Schulz. His widow Jean Schulz has talked about how Linus’s famous speech almost didn’t appear because the producers didn’t want to include a Bible verse in the special.

A Charlie Brown Christmas was very much based on the comics. Linus’s scripture reading speech came directly from the comics. However, the producers weren’t sure if they should include a Bible verse in the special. Charles grew up religious and included that special line on purpose.

Jean said, “He just loved the Bible, and thought there were just marvelous things in the Bible that were true. Bill said, ‘You can’t put the Bible on television.’ And Sparky’s [Charles] answer was: ‘If we don’t, who will?’ Lee said that Sparky then got up and walked out of the room, and he and Bill just sat there, saying ‘What do you think that means?’”

RELATED: Lee Mendelson, Producer of ‘A Charlie Brown Christmas’ Died On Christmas at 86

Of course, Charles eventually won and the speech was included. Now, it is one of the most important parts of the special. Can you imagine if they had gotten rid of that part? Jean continued, “Even if you’re not a Biblical scholar or someone who has read the Bible, Linus’s scene is the high point, but the rest of the show is just as important. Every now and then I’ll hear somebody say, ‘The show is tilted towards the Biblical scene,’ but I think the rest of the show sustains itself. As with any good show, it has a peak, but it’s about the whole.”

Click for next Article
Previous article: After Losing Her Main Home To A Fire, Rachael Ray Gives An Emotional Tour Of Her Guest House Decorated For Christmas
Next Post: ‘Steel Magnolias’ Actress Carol Sutton Dies At Age 76 Of COVID-19 Complications