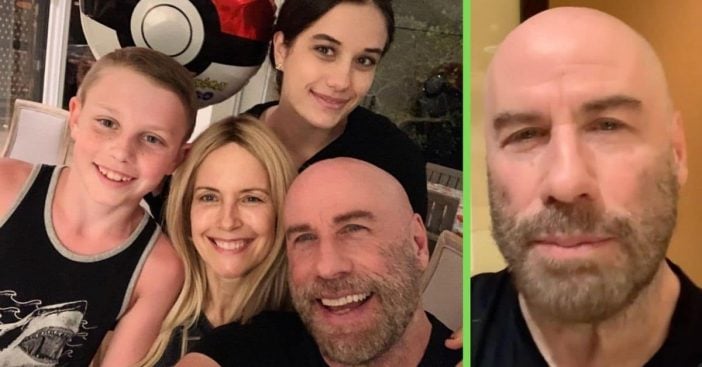 John Travolta posted a message on Thanksgiving Day, thanking his fans for the support they’ve given following the death of Travolta’s wife, Kelly Preston. After Preston died following a private breast cancer battle in July, he has been relatively quiet on social media up until this point.

“I just wanted to take this moment to thank each and every one of you for supporting me in such an incredible way this year. Happy Thanksgiving, and always love,” he says in a video on his Instagram page.

John Travolta thanks his fans for the support they’ve given him throughout 2020, especially after his wife died

Travolta appeared tearful in the video as he addressed his fas. Following the news of her death, Travolta says she “fought a courageous fight with the love and support of so many. My family and I will forever be grateful to her doctors and nurses at MD Anderson Cancer Center, all the medical centers that have helped, as well as her many friends and loved ones who have been by her side. Kelly’s love and life will always be remembered.”

The two married in 1991 and have three children; Jett, who died in 2009, Ella, and Benjamin. Travolta recently shared a photo on his Instagram page celebrating Benjamin’s birthday, who turned 10.

Click for next Article
Previous article: Whatever Happened To Dennis Weaver, Chester Goode From ‘Gunsmoke’?
Next Post: Cher Travels To Pakistan To Rescue ‘World’s Loneliest Elephant’ In Poor Living Conditions