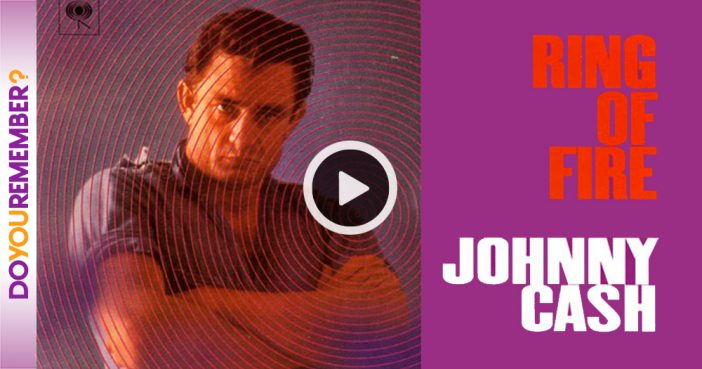 This was written by June Carter and Merle Kilgore. Kilgore wrote several other Country hits, acted in a few movies, and became a manager for artists like Hank Williams. Kilgore was best man when Carter married Cash.

According to the Rolling Stone magazine’s Top 500 Songs, June Carter wrote this song while driving around aimlessly one night, worried about Cash’s wildman ways – and aware that she couldn’t resist him. “There is no way to be in that kind of hell, no way to extinguish a flame that burns, burns, burns,” she wrote. Not long after hearing June’s sister Anita’s take on the song, Cash had a dream that he was singing it with Mariachi horns. Cash’s version became one of his biggest hits, and his marriage to June 4 years later helped save his life. The song was based on a poem Love’s Ring Of Fire, and it was originally recorded in a more folksy manner by June Carter’s sister, Anita, as “Love’s Fiery Ring.” Cash held back on his single to give her version a chance to chart

The taste of love is sweet
When hearts like ours meet
I fell for you like a child
Oh, but the fire went wild