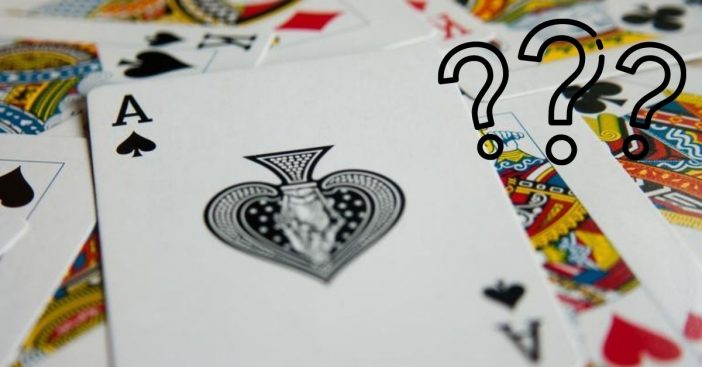 Have you ever wondered why there are 52 cards in a deck? While you have probably played with a deck of cards hundreds of times, you may not have stopped to think about its history. A card deck contains “10 ace cards (A to 10) and 3 picture cards: Jack, Queen, and King. Two suits (hearts and diamonds) in red color and another two (spades and clubs) in black,” according to ScienceABC.com.

Cards were said to have originated over 600 years ago in the Middle East. Merchants soon began to sell the game and back then, they were homemade. They took a long time to make so naturally they were expensive. Later, the idea caught on in Europe and they started producing cards at a larger scale with the help of a printing press. Then they were more affordable to the masses.

Playing cards have been around for hundreds of years

It wasn’t always the hearts, spades, diamonds, and clubs. At first, you would see the Chalice, Sword, Money, and Baton. Germany had Hearts, Acorns, Bells, and Leaves. France and England started the four suits that we use today. So, why are there 52 cards in a deck?

RELATED: Do You Remember Playing With Old Maid Cards, A Timeless Classic?

There are theories but no one knows the real reason for sure. The most common one that historians believe to be true is that the 52 cards represent 52 weeks in a year. It can also be said that thirteen cards per suit could be representative of the thirteen lunar cycles in a year. Four suits may equal four seasons.

What do you think? What’s your favorite card game?

Click for next Article
Previous article: Whatever Happened To Alan Alda, Hawkeye Pierce From ‘M*A*S*H?’
Next Post: Tom Kennedy, Host of Classic TV Game Shows ‘You Don’t Say’ and ‘Name That Tune,’ Dead at 93