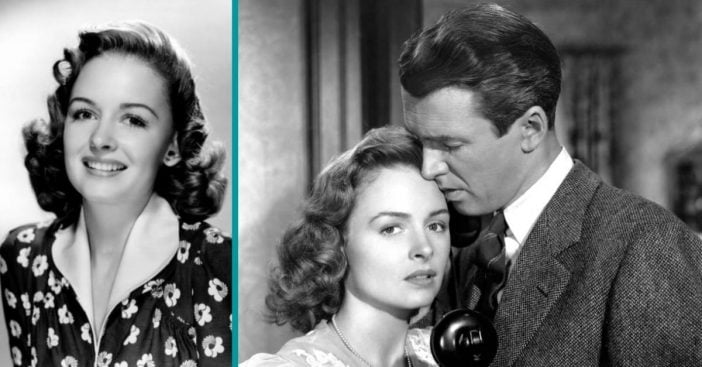 It’s a Wonderful Life is a well-known classic that is aired on NBC around Christmastime every year, specifically on Christmas Eve. For a lot of families, it’s tradition to watch this movie each holiday season, but did you know it actually flopped in theatres upon its release? The film recorded a loss of $525,000 at the box office and for the most part everyone involved moved on and forgot about it. Until 1974.

At that point, due to the studio’s failure to renew its copyright, It’s a Wonderful Life fell into the public domain, which meant that any TV station could air it for free. And that’s what they did around the holidays. Incessantly. Which is when the world discovered and transformed it into a holiday classic. Over the years, it’s been deemed as timeless and sentimental, earning a 94% approval rating on Rotten Tomatoes and a place in the National Film Registry (though now it’s only available on NBC, which bought the original story the movie is based on). However, the flop of the film actually caused James Stewart (who played George Bailey) to never want to work with co-star Donna Reed again.

Reed played the role of Mary Hatch, who would go on to become George’s wife. George is undergoing many hardships in his life and soon finds himself dead broke/owing money and in legal trouble. He believes that the world would be better off without him and his guardian angel, Clarence, gives him the opportunity to see what life would really be like for others with George not being around.

While the plot of the film touches audiences now, it didn’t back then. And Stewart actually blamed the failure of the film on Reed. “I don’t like to mention this, but Capra and Jimmy Stewart had this whole success together before the war with Mr. Smith Goes to Washington and all of that,” says Mary Anne, Reed’s daughter.  “Everyone participated in the war effort, but especially those two and they were gone from Hollywood for four or five years. There was a lot of insecurity on the set, because Jimmy Stewart wasn’t sure if he wanted to act anymore. He thought it was too frivolous, but Lionel Barrymore (Mr. Potter) and others talked him into it.”

Some argue she was actually the ‘heart’ of the film

She continues, “So, there was this insecurity on the set and mom was really not that well known. I mean, she was only 25 and I think she signed her MGM contract at 21. But she still didn’t understand why there was so much insecurity and then Jimmy Stewart couldn’t understand why the movie didn’t do well, but that’s why they never did another movie together. He blamed her, because she wasn’t as well known. She was quite happy when it came out. I mean, she passed away in ’86, but by the early ‘80s it was on constantly and we always watched at Christmas. She was so happy that it was so popular.”

Pop-culture historian and The Lucy Book author Geoffrey Mark also has a bit to say about Reed and how her role in the film was quite possibly what made the movie shine. “Another film comes to mind with the same kind of history, which is The Wizard of Oz. It’s a Wonderful Life is a perfect film, beautifully written, perfectly cast, perfectly directed, incredible cinematography, but when it was released, it was a not a big hit. We would think it was considering that 70 years later we still watch it all the time. And Donna had a wonderful quality about her as an actor.

“She was able to play all kinds of parts,” he adds, “although, like June Allison, she often played the goody-goody girl next door. But no matter what she played, she was able to project a warmth that was very appealing. Whether or not Donna was that warm in her personal life, doesn’t matter. She was able to project it into the camera, which is a talent in and of itself. There’s an expression that people in show business use, the camera loves her. Well, the camera loved Donna Reed. It loved how she looked, but also loved what she radiated. And while James Stewart is a wonderful actor, as are all of the actors in It’s a Wonderful Life, it is my belief that Donna was the heart of the movie. I don’t mean she was the center. I mean she was the heart. We like all these other characters because she likes them. We believe in the kind of ridiculous happy ending, because she believes it.”