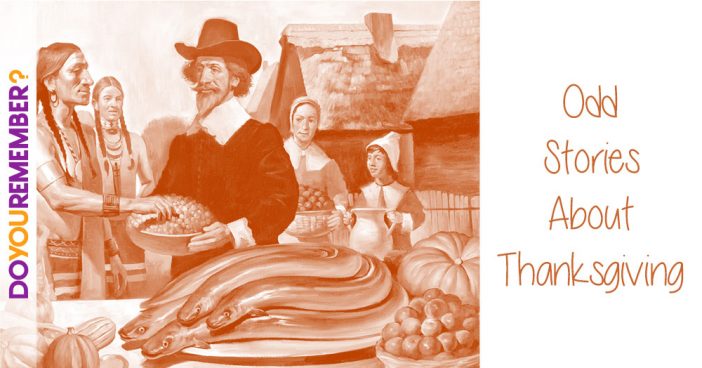 Neither as freeform as Halloween nor as expansive as the December holidays, Thanksgiving occupies a unique place in the lives of Americans. It is that breather, that moment when everyone can slow down, if only for a minute, before the onslaught of the year-end festivities. Today Thanksgiving mostly revolves around parades, turkey, football and napping. But this hasn’t always been so. DYR uncovers 5 odd facts about America’s favorite holiday.

In the fall of 1620, the Mayflower sailed from England, landing in Plymouth. It was a hard, cold winter, and almost half the settlers died of malnutrition. However, after planting crops in the spring with the help of the local Wampanoag tribe, the pioneers elected William Bradford governor of the colony, who proceeded to serve for the next 30 years. As one of his initial duties, he proclaimed a Harvest Festival in the fall of 1621 to celebrate the settlers’ first anniversary in Plymouth and their triumph over grim adversity. Acknowledged as the original American Thanksgiving, the three-day bacchanal saw the Pilgrims and Native Americans feasting on a bounty of 17th-century delicacies such as cod, goose, venison, pumpkin, plums, walnuts, eel, crane, partridge and eagle. (Speaking of that last, Benjamin Franklin believed the turkey should be the official American bird, because he considered eagles to have “a bad moral character.”) 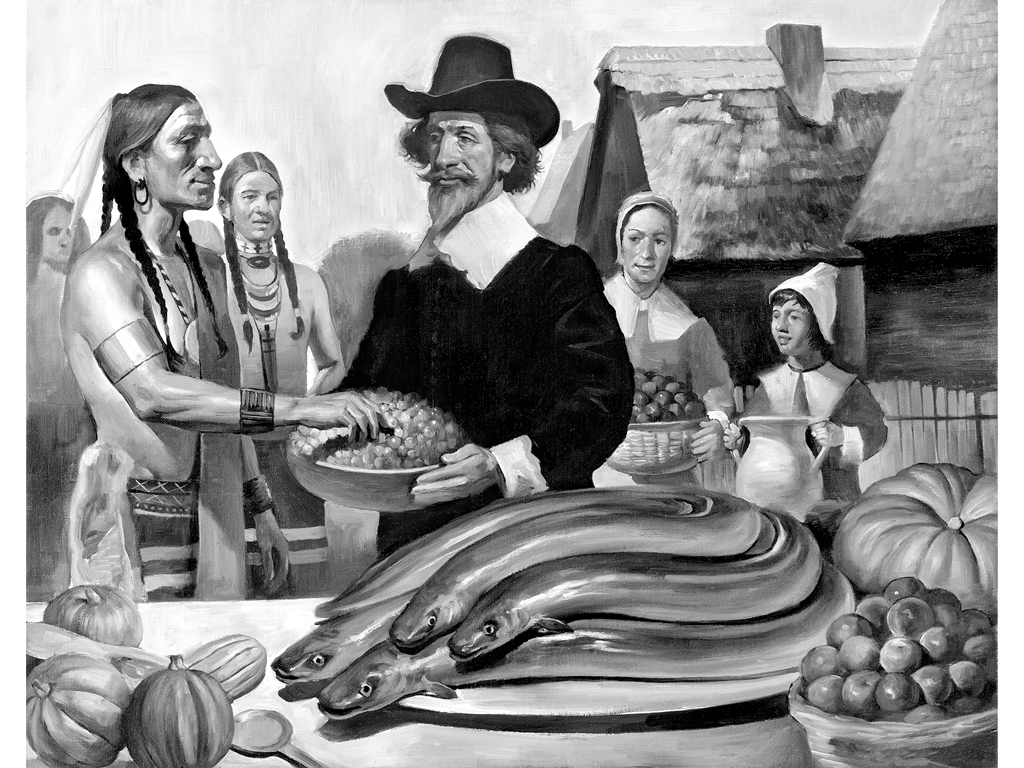 2. Some States Used to Celebrate Thanksgiving on Different Days

Up until 1941, there was the distinct possibility that family members from different states would not be able to celebrate Thanksgiving together—for the simple reason that it was observed on disparate days. When Abraham Lincoln declared Thanksgiving a national holiday in 1863, he proclaimed that it would always fall on the last Thursday in November. However, this had to be upheld every year by Presidential decree. In 1933, when the country had become a far more consumer-driven society, Thanksgiving fell on the last day of the month, and merchants beseeched newly elected President Franklin D. Roosevelt to push the holiday forward a week, because most Americans didn’t begin their Christmas shopping until after Thanksgiving. This abbreviated retail season, particularly during the height of the Great Depression, could have serious repercussions, they claimed. In the end, Roosevelt kept the holiday on November 30th, but when the same issue arose in 1939, FDR changed the official date to the third Thursday of the month, November 23rd. A controversy flared up, with howls arising from such quarters as calendar makers—whose products, already printed, would now be incorrect for the next two years—and schools, who had scheduled football games to coincide with the holiday. Some states openly defied the President, maintaining the holiday on the last Thursday, which left relatives in Connecticut, for example, unable to celebrate with their families in New York. The brouhaha reached such a crescendo that Congress finally decided to pass official legislation on December 26th, 1941, declaring that Thanksgiving would from then on always be celebrated throughout the country on the fourth Thursday of November.

3. “Ragamuffin Parades” Were a Feature of Thanksgiving

Shockingly, a Thanksgiving ritual known to all throughout the urban centers of the Northeast for nearly half a century has been completely forgotten (and perhaps for the best). Beginning in the late 1800s and continuing through at least the 1940s, packs of children would dress up on Thanksgiving in oversized adult clothes, smear their faces with grime and pack the streets, demanding coins from passersby and home owners. A precursor to today’s Halloween, these “ragamuffin parades”—named after the downtrodden, dreary appearance of immigrant children—were an annual joy or scourge, depending on one’s viewpoint. In 1902, The New York Times reported, “The queerest-looking specimens of ragamuffins waylaid the pedestrian in droves, and many thousands of pennies found their way into the hands of the little nondescripts.” By 1933, the same journal was opining, “Two features have become institutions unique to New York [on Thanksgiving]: They are the Macy parade and the group of ragamuffins begging largesse from the homes and passersby.”

4. Thanksgiving Is Responsible for the TV Dinner

Though the concept of freezing food—a breakthrough invented by Clarence Birdseye—had been around since the early 1920s, the modern TV dinner was developed in 1953 by C.A. Swanson & Co., when the company overestimated the amount of turkeys they would need for the Thanksgiving season. With 260 tons of the bird going to waste, Swanson asked employees to come up with a solution. An enterprising executive, Gerry Thomas, said he was inspired by the prepared meals he would see on commercial airplanes, and proceeded to incorporate the elements of a traditional holiday dinner—turkey, cornbread dressing, peas and sweet potatoes—onto one aluminum tray, which could be used for both heating the food and eating its contents. Selling for 98 cents, Swanson marketed the item as a TV Brand Frozen Dinner, cleverly capitalizing on the explosion of television as a new form of entertainment. Overworked housewives were happy to buy the product for its convenience, and Swanson sold 25 million dinners during its first year. Soon such staples as fried chicken and Salisbury steak were added to the mix (as well as desserts, in 1960), but it was all because of a turkey surplus that a frozen Thanksgiving dinner changed the way America consumed food.

5. Comparing the Exorbitant Price of Thanksgiving Turkey, 1903 to 2013

Previous article: DYR Today, November 21
Next Post: Can You Guess this Famous Stache?