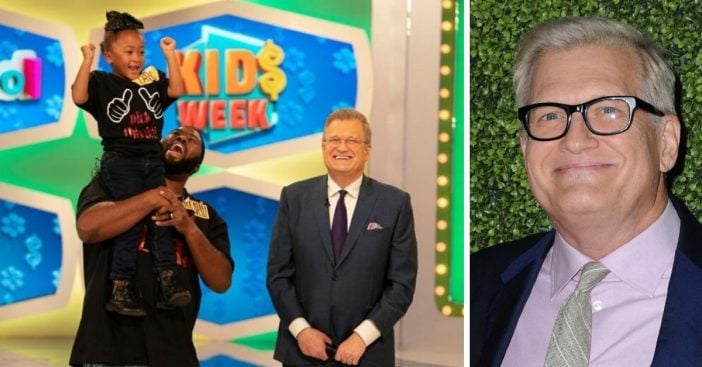 It seems pretty crazy that Drew Carey has been hosting The Price is Right since 2007. Former host Bob Barker decided to retire after hosting the popular game show since 1972. Have you ever wondered how much the hosts of game shows make? They host the show day after day, for many years.

Drew was previously known for The Drew Carey Show and Whose Line Is It Anyway? When he was asked to take over hosting duties for The Price is Right, he had just begun hosting the CBS game show The Power of 10. Drew said to David Letterman, “They [CBS] approached me right after the pilot for ‘Power of 10,’ and I said, ‘No.'”

He continued, “Then they called me a month later…I met with them and stuff, and we’ve been negotiating ever since. Couldn’t say anything, but during your ‘Harry Potter’ bit — honestly, it was like 15 minutes ago — they called me. It’s a done deal. I’m the new host of ‘The Price Is Right.'”

RELATED: What Happens When You Win A New Car On ‘The Price Is Right’

According to Celebrity Net Worth, Drew reportedly earns about $1 million per episode! He is currently worth about $165 million. However, he stopped filming in February, even before COVID-19 shut down many filming schedules. Drew stopped filming because his ex-fiancée, Amie Harwick died.

A post shared by The Price Is Right (@therealpriceisright)

At the time he said, “Amie and I had a love that people are lucky to have once in a lifetime. She was a positive force in the world, a tireless and unapologetic champion for women, and passionate about her work as a therapist. I am overcome with grief. I would like to thank you in advance for giving myself and everyone who loved Amie privacy while we try to work through this tragic situation.”

Click for next Article
Previous article: Here’s How The Archies Gave Everyone Success With “Sugar, Sugar”
Next Post: Spaldeens Are Still Around With The Same Quality We Learned To Work With