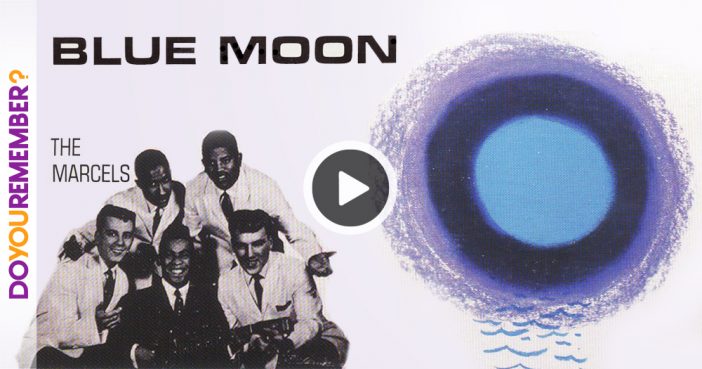 Richard Rodgers and Lorenz Hart wrote this for the 1934 movie Manhattan Melodrama – starring Clark Gable, William Powell and Myrna Loy – where it was performed by Shirley Ross in a nightclub scene. The song was originally called “The Bad in Every Man,” befitting the story of Gable’s kind-hearted criminal, but was rejected by MGM until it was re-worked as “Blue Moon.”

Without a dream in my heart

Without a love of my own

Blue moon, you knew just what I was there for

You heard me saying a prayer for

Someone I really could care for

And then there suddenly appeared before me

The only one my arms will ever hold

I heard somebody whisper “Please adore me”

And when I looked, the moon had turned to gold!

Without a dream in my heart

Without a love of my own