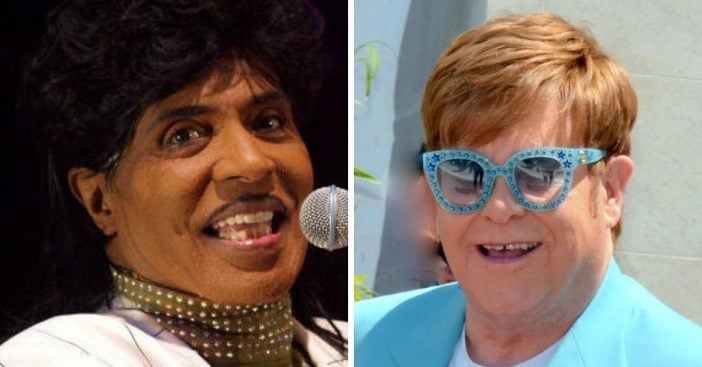 Many artists are coming forward with stories after Little Richard passed away. Elton John shared a sweet tribute where he credited Little Richard as his biggest inspiration. He also said that when they performed together, he felt like “he died and went to Heaven.”

Elton John shared a lovely photo of Little Richard. He captioned the photo, “Without a doubt – musically, vocally and visually – he was my biggest influence. Seeing him live in my teens was the most exciting event in my life at that point. Goosebumps, electricity, and joy came from every pore. His records still sound fresh and the opening few seconds of ‘Tutti Frutti’ are the most explosive in music history.”

He continued, “I was lucky enough to work with him for my ‘Duets’ album in 1993. He was shy and funny and I was SO nervous. The track we recorded ‘The Power’ is a favourite in my catalogue. We also played live at the Beverly Hilton and I felt like I’d died and gone to heaven. He influenced so many and is irreplaceable. A true legend, icon and a force of nature. #RIP Little Richard Love, Elton x”

It still doesn’t seem real that we lost such a legend. RIP Little Richard and thank you for your lasting influence on the music industry. Listen to “The Power” by Elton John and Little Richard below:

Click for next Article
Previous article: ‘Jeopardy!’ Fans Want Ken Jennings To Become The Next Host
Next Post: French Burnt Peanuts Are The Granddad Of All Tasty Classics