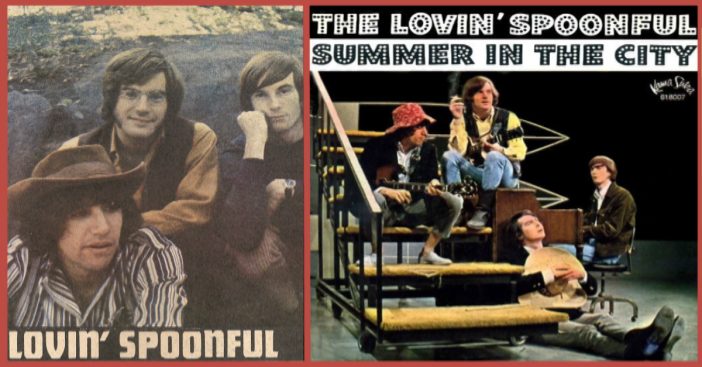 The song was a collaboration between John Sebastian, The Lovin Spoonful’s bassist Steve Boone, and the frontman’s brother (and non-group member) Mark Sebastian. John Sebastian recalled to Uncut magazine June 2014: “That song that came from an idea my brother Mike had. He had this great chorus, and the release was so big. I had to create some kind of tension at the front end to make it even bigger. That’s where that jagged piano part comes from.”

“Steve contributed the middle eight, which I thought sounded like Gershwin, so we hired a radio sound effects engineer to come in with records of horns and traffic, a real New York City thing.”

The Lovin’ Spoonful: “Summer In The City”

Hot town, summer in the city

Back of my neck gettin’ dirt-‘n’-gritty

Bend down, isn’t it a pity

Doesn’t seem to be a shadow in the city

All around people lookin’ half dead

Walking on the sidewalk, hotter than a match-head

But at night it’s a different world

Go out and find a girl

Come on, come on and dance all night

Just bide the heat, it’ll be all right

And babe, don’t you know it’s a pity

Cool town, evening in the city

Dressed so fine and looking so pretty

Cool cat, looking for a kitty

Gonna look in every corner of the city

Runnin’ upstairs, gonna meet you on the roof top