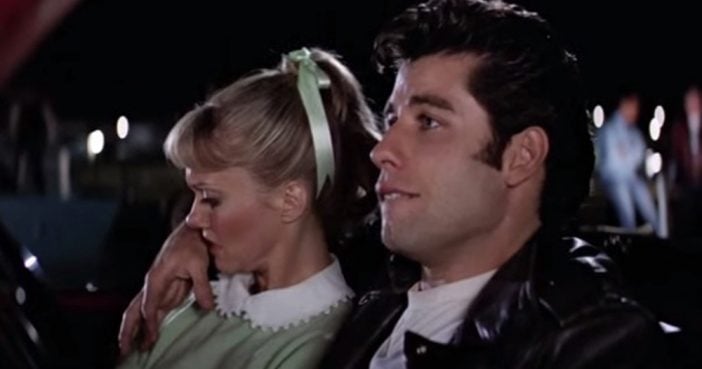 On June 16th, 1978, this musical film hit the theaters with a bang. Today, Sandy, Danny and the good old Rydell High gang turn 39! Man does time fly. This hit film starred John Travolta, Olivia Newton-John, Stockard Channing and Jeff Conaway as the cigarette-smoking,  leather jacket bearing, and pink jacket-wearing coolest high school kids ever. Grease was filmed on a particularly tight budget and was adapted from the hit Broadway musical by Jim Jacobs and Warren Casey. It went on to become the highest-grossing movie musical in history. On its 39th birthday, we are exploring the scandalous situations that went on behind the scenes of the film, during its production.

Travolta brought his Scientologist beliefs to the set.

Randal Kleiser, the director of Grease remembers how Travolta brought his Scientology beliefs to the set of the film. The director had gotten a foot infection from muddy water during the filming of the drag race scene, and he needed to pause all production. Travolta stepped forward to remedy Kleiser with his learned method called “touch assist.” Kleiser said Travolta would touch his feet and quiz him on it whenever he felt like it.

Stockard Channing recalls, “Jeff Conaway was always comforted by plenty of friendly groupies on the set.”

It would eventually become a bit of problem and a distraction. Channing remembers: “He was really feeling his oats. We used to joke all the time because his trailer at lunchtime was really rocking.”

WHO WAS YOUR FAVORITE PINK LADY FROM “GREASE”? CLICK TO PLAY: For more scandalous behind the scenes facts, click “Next”.

Page Page 1 of 2
Previous article: How Well Do You Know Grease?
Next Post: Tribute to the wonderful works of Judy Garland