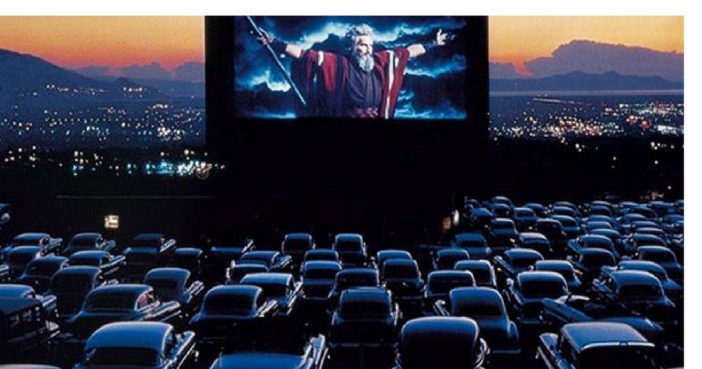 America has always had a love affair with cars. They’ve symbolized our style and emergence as a world power. From running boards that Prohibition-era gangsters stood on when doing a drive-by hit on a rival gang to the outlandish fins and grills that gave the drab 1950s some flash, from the muscle cars of the 60s to the gas guzzlers of the 70s, cars have looked different through the years but always were important to us.

Some people have lived in their cars, while many of us eat in our car. From the earliest days of radio to state-of-the-art automobile entertainment centers, cars have served us in so many ways beyond getting us from one place to another.

But while I’m generally a fan of the advances the automotive industry has made, I miss something terribly from the past. High-tech sound systems and in-car computers are just fine, but I long for that pastime so many equated with the American automobile experience: the drive-in movie theater. This year marks the 82st birthday of the country’s first drive-in, located in Camden, New Jersey.

Most of you remember the drive-in. For those who don’t, let me describe it. You’d drive your car to an area in town where the land was cheap. As you approached the drive-in, you’d see its towering screen looming ahead. Cars would be backed up as they waited to pay the price of admission, which was based on the number of people in your car.

Each parking spot in the drive-in’s lot had a metal post rising from the ground, affixed with an audio speaker that you could clip onto your window. After that, you either watched the movie or, if you were an amorous couple, spend the evening making out. Every drive-in had a concession stand; to get a soft drink or popcorn, you were forced to leave your car.

By the time I reached driving age, most drive-ins had met their demise. The land was sold to a shopping center or tract housing developer. But I have very fond memories of being taken to the drive-in.

When I was young, before leaving our house for the evening, I was dressed in my pajamas. When I grew older, I frequently went with friends and their parents. For an adolescent boy, there were all sorts of trouble you and your friends could get into at a drive-in: terrorize unsuspecting couples, run up and down rows of cars while turning off their audio, have a water balloon fight.

The movie was never the point. As a matter of fact, there’s only one movie I remember seeing at the drive-in: It was 1967s, starring David Niven and a very sexy Ursula Andress. I mostly remember her.

But I also remember the smells of the drive-in very well, the newly cut grass of the field that surrounded the parking area, the automotive exhaust. And the sounds, the sounds of cars slowly prowling the parking lot, their tires crunching the gravel. Sometimes you’d hear a family bickering inside the car; more often you’d just make out the movie’s opening credits as you hurried to get your own parking space.

As the sky grew darker, the huge screen would light up with previews of coming movies. As a kid, it was all so familiar to be in the car with my family, yet so new and exciting to await what Hollywood had planned for me. Inevitably, in the warm, dark confines of the family auto, I’d get sleepy, and fade off until the next day.

I never knew how I ended up in my bed when I awoke. Back then, I had faith that I’d be safe and carefully ministered to, as a giant screen in a giant parking lot came alive with drama and excitement.

There are less than 350 drive-ins left in the United States; if you’ve never been to one and you have the chance, you owe it to yourself. Be sure to bring your pajamas.