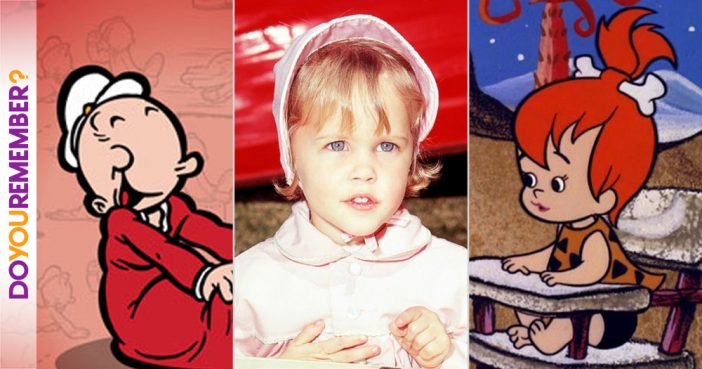 With the world celebrating the new royal baby born to William and Catherine, we at DYR look back at some of the more memorable toddlers of pop who have unlocked our parental instincts over the years.

The product of a human and supernatural pairing, Bewitched’s baby, Tabitha, was actually played by identical twins Diane and Erin Murphy (who could each do the fabulous nose twitch!).

Okay, who slipped the fertility drugs into the dog’s water dish again? These delightful scamps taught us that a female dog’s uterus can also double as a clown car.

Whenever George Jetson asked Jane to “stop this crazy thing,” it was often up to the boy wonder to help his techno-challenged dad. One question, though: What’s with the brick hidden in his overalls?

You now have the opening song to The Lion King stuck in your head.

The apple fell far from the tree. How can we tell? Little Ritchie never tripped over ottomans.

Those eyes could thaw an iceberg.

Twenty-four years after her first appearance, the Simpsons’ youngest hasn’t aged a day—literally.

Popeye characters had a strange obsession with food, but this spawn of Olive Oyl served as a perfect plot device for the eternal battle between Popeye and Bluto.