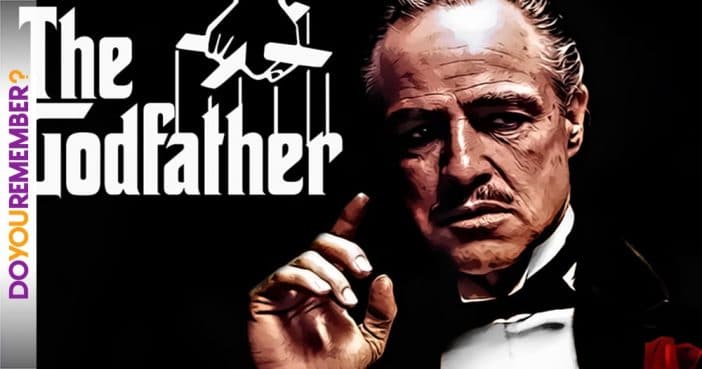 With a large cast of characters spanning generations and numerous films, screenwriters on “The Godfather” trilogy had plenty to cover in the way of dialogue. Good thing they delivered. If you spend your day reciting lines from the films (We do!) and your memory of quotable scenes is spent, we’ve provided a quick reminder complete with the film’s spoken gems.

“What have I ever done to make you treat me so disrespectfully?” – Don Corleone (“The Godfather”)

Amerigo Bonasera eschews all formalities when asking Don Corleone to murder a man who harmed his daughter. Obviously, Corleone wasn’t having it at his daughter’s wedding.

“I’m gonna make him an offer he can’t refuse.” – Don Corleone (“The Godfather”)

The Don uttered the film’s most famous line during a conversation with Johnny Fontane, moments after smacking him for weeping over a movie producer’s refusal to cast him in a film.

“Leave the gun, take the cannoli!” – Peter Clemenza (“The Godfather”)

Part of Clemenza’s orders to kill Paulie—who Sonny blamed for his father’s attempted murder—included this amusing dessert reference. Rumor has it that the “take the cannoli” line was entirely ad-libbed.

“Luca Brasi sleeps with the fishes.” – Peter Clemenza (“The Godfather”)

When asked about Luca Brasi’s whereabouts, Clemenza offered up this line as explanation.

Part of Michael Corleone’s advice to Frank Pentageli, who was put in charge of the New York faction of the Corleone family, included this life lesson.

This was Michael’s heartfelt outcry once he realized that his sibling, Fredo, had betrayed him to the family’s enemies.

“If history has taught us anything, it’s that you can kill anyone.” – Michael Corleone (“The Godfather Part II”)

“This is the business we’ve chosen.” – Hyman Roth (“The Godfather Part II”)

When Michael Corleone questions Roth about an unsanctioned hit, this is what he had to say to the mob boss.

“Just when I thought I was out… they pull me back in.” – Michael Corleone (“The Godfather Part III”)

Not so fast, Michael! Subsequent to speaking these words, Corleone suffered a deadly heart attack.

Visit Amazon to get your copy of all three movies…Capisce?