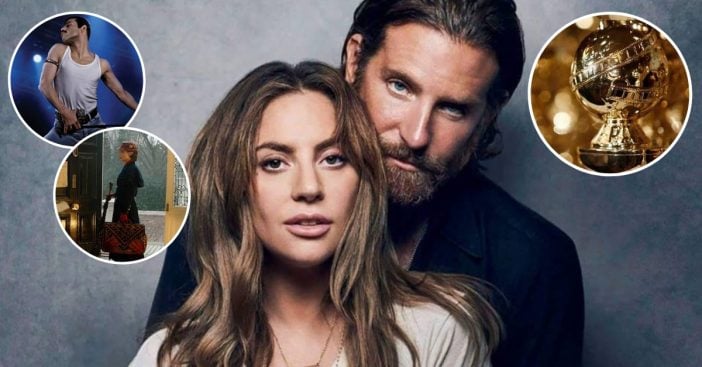 The Golden Globe Awards recognize the top television shows, movies, and actors. The next ceremony will be the 76th Annual Golden Globe Awards, which will honor the best TV shows and movies from 2018. It will air on January 6, 2019.

Recently, several actors including Terry Crews, Leslie Mann, Christian Slater, and Danai Gurira announced the complete list of nominees for the 2019 Golden Globes. They also announced that there would be a new television award this year which will act as a special achievement award, similar to movie’s Cecil B. DeMille Award.

Sandra Oh from Grey’s Anatomy and Andy Samberg from Brooklyn Nine-Nine will be co-hosting this year’s event. Check out a complete list of nominees from E! and get excited to watch on January 6:

If Beale Street Could Talk

A Star Is Born

Spider-Man: Into the Spiderverse

Best Performance by an Actress in a Motion Picture — Drama

Lady Gaga, A Star Is Born

Melissa McCarthy, Can You Ever Forgive Me?

Best Performance by an Actor in a Motion Picture — Drama

Bradley Cooper, A Star Is Born

Performance by an Actress in a Motion Picture — Musical or Comedy

Read on to the next page for even more nominations!

Page Page 1 of 4
Previous article: Breaking: Ground Beef Recall Expands To Over 12 Million Pounds Of Beef
Next Post: You Can Get A Burger King Whopper For 1 Penny – But First You Need To Go To McDonald’s