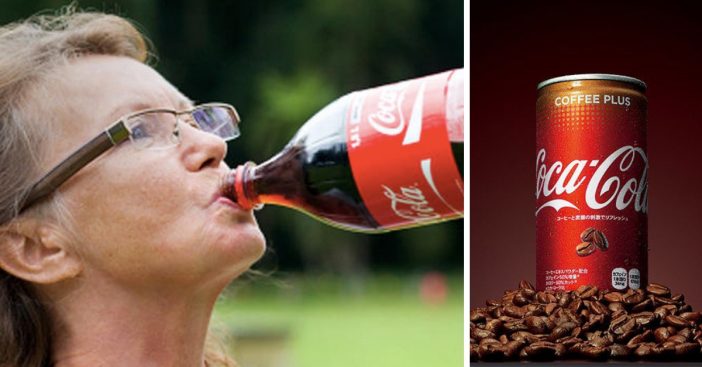 If you’re a coffee lover or a coke lover (or both) you might be interested in delving into this little concoction. The Coca-Cola company apparently released Coke Plus Coffee awhile ago, which is literally Coke plus coffee. Coca-Cola has apparently already released this product in Australia, Vietnam, Cambodia, and Thailand and this trend of adding coke to your coffee (or vice versa) is apparently a popular, new thing.

Coca-Cola plans to roll out this awesome new drink in even more countries to help boost sales since it seems to be doing very well, but it hasn’t been confirmed on which countries or when. According to sources, Coca-Cola has been seeing a decline in sales due to growing concerns about sugar consumption, so it’s no secret as to why Coca-Cola is expanding their products internationally.

While Coke Plus Coffee is said to have less caffeine than a cup of coffee, it still has more caffeine than a normal can of coke. The sweet, caramel-like tones of the coke mixed with the bitter tasting coffee is a sweet and savory mixture for those who are seeking a flavorful wake-me-up.

This also isn’t the first time a soda company has mixed some morning Joe into their sugary carbonated beverages. Coffer was the first company to use a natural yeast and sugar-based fermentation process to create a sweet-tasting coffee cola mix. Kevin Chen, the owner of Coffer, said that he experimented with several different carbonation techniques before finally settling on one that just tasted genuinely good.

Speaking of other coffee cola mixes, this isn’t even the first time Coca-Cola has released such a product! Coca-Cola Blak was introduced to the market in 2006, but was shortlived and came to an end in 2008. This beverage was also released internationally.

Coca-Cola spokesperson Scott Williamson stated that Coca-Cola Blak was made in hopes that sales would skyrocket due to an impending increase and popularity of premium beverage and coffee drink consumption. While he did not state why the product was discontinued, it can be assumed that it did not perform as well as intended. CSP News reported back in 2007 that part of that reason might’ve been the $1.99 per bottle price.

The list goes on for how many soda companies have produced carbonated coffee beverages. The bottom line is, it’s apparently a super popular trend and we should all give it a try. You can purchase the beverage from multiple online retailers here or make your own at home for free!

Be sure to SHARE this article to spread the news about the popular coke and coffee mixture. Don’t forget to check out the video below about the trend!

Previous article: The Food This 94-Year-Old Doctor Swears By To Stay Healthy During Flu Season
Next Post: 6 Ways That Feeling Nostalgic Actually Alters Your Brain