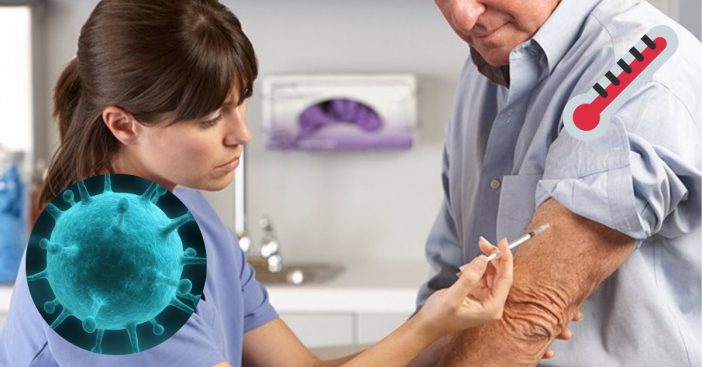 Flu season is creeping up and it’s already time for all of us to get the dreaded flu shot that leaves our arms feeling sore and limp all day. The Centers for Disease Control and Prevention has reported that already more than 170 children have died from flu-related complications this year, proving that the flu is no joke.

However, just receiving the flu shot doesn’t mean you’re 100% immune to the virus. Seasonal flu shots only protect you from 3-4 strains of the flu, but there’s another option out there that could protect you from all strains and, bonus, it doesn’t even hurt! However, it’s not on the market just yet.

Researchers at the University of Washington are working on a universal flu vaccine that could protect individuals against all strains of the flu, making it much more effective than the typical flu shot. David Baker, one of the researchers, is designing proteins to generate much more broad responses and reactions to the flu.

Deborah Fuller, the second researcher paired with Baker, has been designing genetic sequences to help fight the flu, but the design wasn’t strong enough by itself. With the two teamed up, they are working towards one of the strongest designs in flu-fighting history.

Fuller explained the process of their combined design, saying, “We put the DNA encoded on small one-micron size gold particles, and those gold particles are accelerated by a gene gun at high velocity, and then transferred into the cells of the ski.”

Fuller has confirmed that this strategy doesn’t hurt a bit and is working on a gene gun for a set of clinical trials. Unfortunately, these trials may not begin for another 5 years. In addition, it might take up to 10 years before being able to request this option from your healthcare provider.

However, there’s a silver lining in all this. With more research and testing that goes into this, it could very well be used to treat other diseases such as HIV or cancer.

Be sure to SHARE this article to spread the news about this flu vaccine advancement.

Previous article: 17 Very Simple Instant Pot Recipes That Anyone Can Make For Dinner Tonight
Next Post: Here’s Every Upcoming Meteor Shower This Fall And How You Can Watch Them