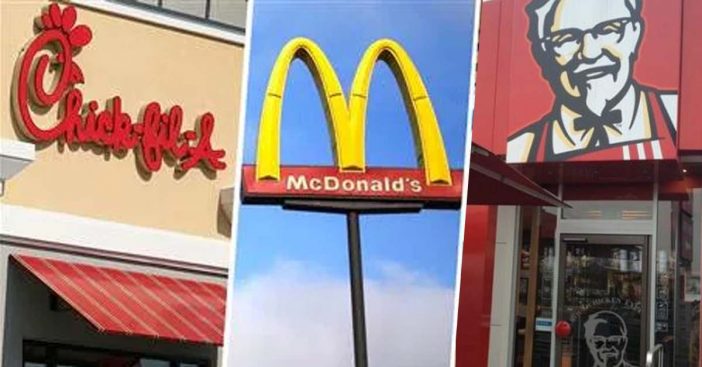 The answer is Chick-fil-A! They continue to be a favorite among many Americans. Panera Bread came in second in the survey results where they ask questions of 22,500 people who frequently visit fast-food restaurants. Chick-fil-A also came in first last year.

Papa John’s, Pizza Hut, and Subway were also in the top five. Customers rated the quality of the food, accuracy of orders, the variety of the menu, quality of service and employees, website satisfaction, and overall cleanliness of the restaurant. The scale ranged from 0 to 100 and Chick-fil-A received an overall score of 87.

Some restaurants are doing something right as their score increased significantly from last year. Two of these were Pizza Hut and Red Robin.

The study also found that more restaurants are revamping their menus and adding more technology in order to please millennials because they spend more money eating out than any other age group. Restaurants have been adding more fresh and organic items to their menus.

Do you like eating at Chick-fil-A? What is your favorite thing to eat there?

Were you surprised by any ratings on this list? If you found this article interesting, SHARE it with a friend, especially one who loves to eat out!

Previous article: Ziggy Marley Opens Up About The Day His Father, Bob Marley, Died
Next Post: Homeowners Find Message From 1995 Hidden In The Wall During Bathroom Renovation