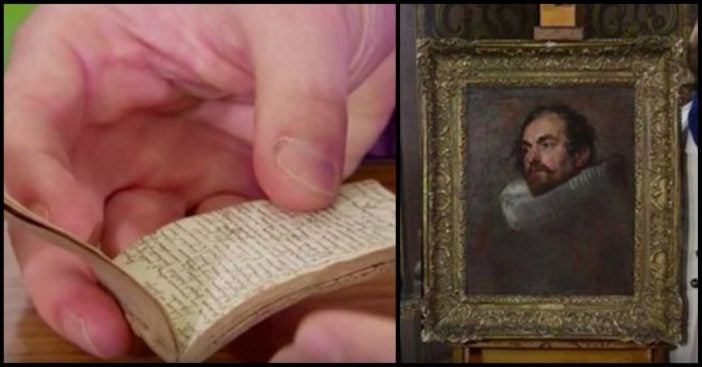 Antiques Roadshow is one of the most fascinating television shows. For those of you who haven’t seen the show, the premise is this: people bring old items to experts to be appraised.

Some people pick things up at garage sales or find old family heirlooms in an attic and realize they might actually be worth some serious money. To find out if these items are valuable, they bring them to the Antiques Roadshow experts. Often, the items aren’t worth much, but once in a while the antique is truly special, and worth upwards of $100,000.

Can you imagine what it would be like to find an old piece of tupperware in your house and find out it’s actually worth thousands of dollars? It’s pretty insane that old items hidden in the basement could pay off your mortgage or send your kids to college.

Below, check out some of the most fascinating and valuable items that ever showed up on Antiques Roadshow:

1. Oil Painting by Joseph Kleitsch: The woman with this oil painting received it from her parents, who bought it directly from Joseph Kleitsch’s widow for $100. When it was on the show in 2014, the painting was appraised at $500,000.

2. Drawing of Lord Admiral Nelson: This drawing, done in 1800, had been hanging in a school for years, but nobody realized how valuable it was. The drawing was appraised at $100,000.

4. Anthony Van Dyck Painting: This painting, purchased for just $400, was actually done by Anthony Van Dyck, a famous painter who lived in the 1600s. The painting was appraised at $400,000.

Check out the video below to see ten other insanely valuable items from Antiques Roadshow. Have you ever found any cool antiques? Don’t forget to share this article with your friends!