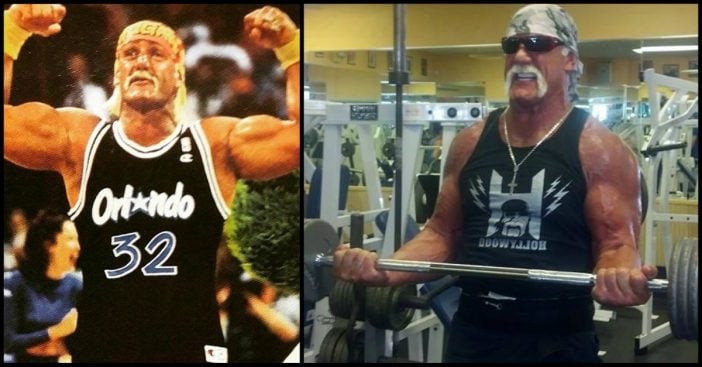 Hulk Hogan is one of the most well-known wrestlers out there. The former professional wrestler is also an actor, musician, television personality, and entrepreneur — and he’s 64 years old!

Although he’s in his sixties, Hogan is still ridiculously fit. When he stopped wrestling, he could have let himself go, but instead he doubled down on his workouts.

Hulk Hogan rose to fame in the 1980s, and became the face of the World Wrestling Federation (now the WWE). He’s often considered the best professional wrestler ever — and he’s certainly one of the most recognizable.

With his blonde mustache and huge biceps, he’s hard to miss. Throughout the years, he’s made multiple comebacks to professional wrestling.

So how exactly does Hogan stay in such great shape? OWN’s Where Are They Now? asked this exact question in 2015, and Hogan was quick to answer.

“Well to stay in shape at 60 years young, you have to basically hit it every day,” he explained.

In addition to working out for an hour and a half every day, you have to try to consistently eat healthy food. Of course, even Hogan has his guilty pleasures. The one food he binges? Chocolate.

Even though he spends over an hour in his home gym every day, Hogan says he “sticks to the basics.” Well, it doesn’t look so basic to me!

Hogan’s wife Jennifer says that his favorite exercises to do are the ones that build his arm muscles — no kidding.

Watch Hulk Hogan talk about his fitness regime below. If you liked this article, don’t forget to share it with your friends!