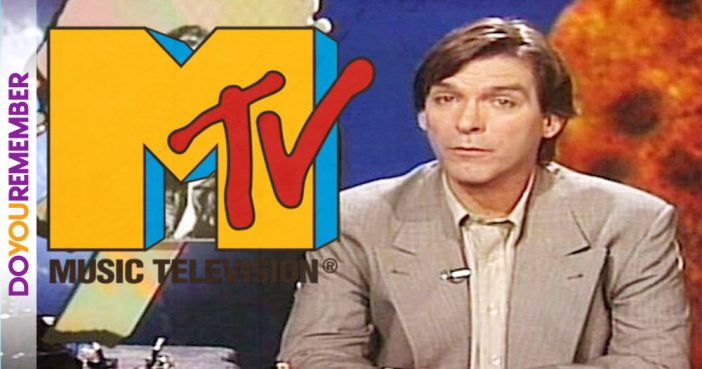 Before the magical age of the Internet, there were only a handful of sources the masses could turn to to quench their thirst for pop culture and music-related news. In the late ’80s, the fledgling cable channel MTV decided to enter the august realm of journalism, starting a news department with a show called The Week in Rock. Hosted by famed Rolling Stone contributing editor Kurt Loder, the show not only covered music but was also politically active; some say it played a role in swaying the youth vote in Bill Clinton’s favor during the 1992 Presidential elections. With the opening credits set to Megadeth’s “Peace Sells,” the MTV program was far from a network news offering, and featured memorable interviews and stories about current musical acts and talent. Here’s our rundown of the best late-’80s/early-’90s clips from The Week in Rock.

The quasi-Satanic Zappa was another cult superstar in his day. Though past his creative prime in this clip, watch the mustached crooner spat with his religious and conservative critics, including Tipper Gore and pornography-addicted minister Jimmy Swaggart.

Kurt Loder said it best when he eulogized Divine by calling her a “trash-cult star.” Shortly after rising from underground divadom in the 1970s to the heights of mainstream success in longtime collaborator John Waters’ Hairspray, the star died. She/he surely came a long way from the streets of Baltimore.

The English gender benders were the features of this segment. It’s interesting to hear the director of their then new doc, D.A. Pennebaker, sound off on the subjects of his film: “It all sounded the same to me, I guess.”

Long before Jay-Z and Linkin Park collaborated on their hit album, early-’90s shock rappers Anthrax and Flavor Flav’s own Public Enemy went on tour for what could only be described as a bizarro ebony and ivory. Not only was it a statement of racial harmony, but of musical harmony, as well.

Fueled by caffeine and gloomy weather, the jewel of the Pacific Northwest became a hotbed of flannel-wearing rock stars in the early 1990s. From Nirvana to Soundgarden to Pearl Jam, it seems like every greasy-haired musical act that made it big between the years 1991 and 1996 had a stint in the town. Watch Loder make his way around Seattle’s centers of creativity and interview rising stars in the music scene.

The swarthy English rocker discusses, amongst other things, his asexuality, love of books, and first successful solo album. Though he grew up in the anti-establishment London punk scene of the late 1970s, Morrissey sounds more like Oscar Wilde than the Sex Pistols’ Johnny Rotten. The shy performer eventually found his groove with a short but highly successful stint with the Smiths. After they broke up, he became a solo melancholic rock star.

No other news organization could set up an interview with an aging rock star in what seems to be an Indian or Persian restaurant and conduct said interview as they sip tea and yogurt sodas. This winning formula is emblematic of Kurt Loder’s cult status as the go-to guy for all that’s musically happening. Also, pay close attention to the opening credits. I don’t know who exactly designed these for MTV, but they deserve a Peabody Award.

Though SXSW and Keep Austin Weird T-shirts have trickled down the commercial gutter, there was a point when the Texas capital was the center of the alternative-music scene in America. During the ’80s, idiosyncratic acts like Daniel Johnston earned the city its cool credentials, and by the early ’90s even MTV was paying attention. Watch the droves of blues-inspired bands that never made it in this clip. After viewing you’ll understand the cultural roots of ’90s oddities such as Blues Traveler, Hootie & the Blowfish and Counting Crows.

In many ways, the unexpected suicide of Nirvana’s front man put MTV and Kurt Loder on the map. The newsman was one of the first to break into regularly scheduled programing to broadcast the news of Cobain’s death. For Generation Xers, Nirvana represented the disaffection and cynicism emblematic of the early-’90s Seattle grunge scene, and Cobain was their antihero

For a generation of gangsta-rap fans, Tupac was the king of the West Coast, and the svelte counterpart to the East Coast’s Notorious B.I.G. The two were shot less than a month apart, and the entire rap world was left stunned and shocked. Suge Knight, who was with Tupac when he died, gave this interview to MTV shortly after the gruesome murder.

Previous article: DYR Today, August 1
Next Post: Can You Guess This Original Crew?