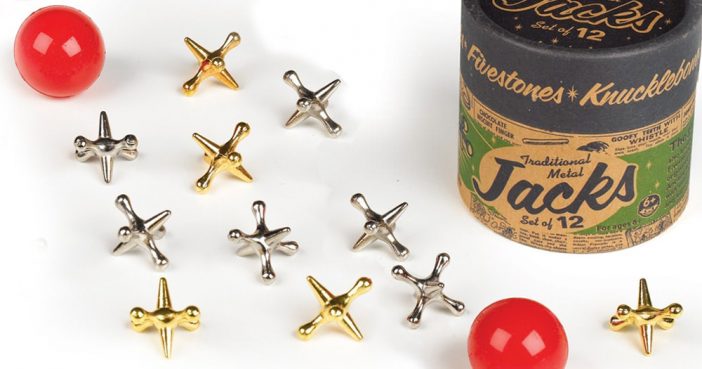 Knucklebones, Fivestones, or Jacks, is a game of ancient origin, usually played with five small objects, or ten in the case of jacks. The simplest throw consists in tossing up one stone, the jack, and picking up one or more from the table while it is in the air. This continues until all five stones have been picked up. Another throw consists in tossing up first one stone, then two, then three and so on, and catching them on the back of the hand. Different throws have received distinctive names, such as “riding the elephant,” “peas in the pod,” and “horses in the stable.”  What do you remember about playing with Jacks?