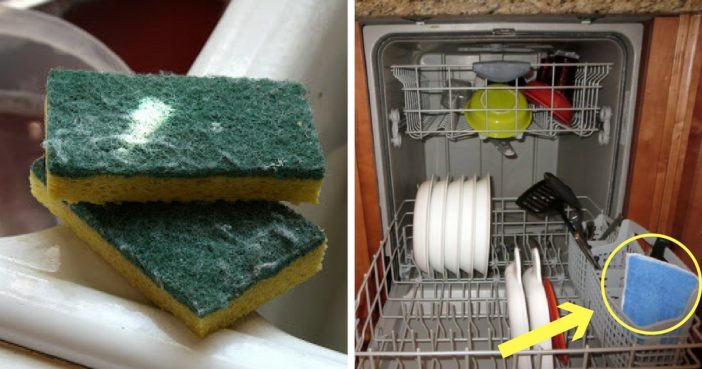 When was the last time you cleaned your kitchen sponge? If it wasn’t in the last 24 hours, listen up.

Last year, a study came out about bacteria in kitchen sponges that sent home chefs into a frenzy. But when we looked carefully at the study, we realized much of the news coverage about it was incorrect.

The study, published in Scientific Reports, undertook a thorough investigation into how many critters are living in used kitchen sponges. And the results were jaw-dropping.

“We found 362 different species of bacteria, and locally, the density of bacteria reached up to 45 billion per square centimeter,” says Markus Egert, a microbiologist at Furtwangen University in Germany, who led the study.

Forty-five billion microbes per square centimeter? Are you kidding? If you scale that up, that’s like stuffing all the people who live in Manhattan into the Rockefeller ice rink. Rebel Circus“That’s a huge number of bacteria, indeed,” Egert tells NPR. “There’s hardly any habitat on Earth where you’ll find similar densities of bacteria, except for the human intestinal tract.”

In other words, there can be spots on your kitchen sponge with just as high concentrations of bacteria as in a toilet.

That result in itself is pretty remarkable. And it makes you think twice about using the sponge to wipe up your dining room table.

But that finding isn’t what got people riled up. Instead, it was a line in the study’s abstract: Two species of bacteria “showed significantly greater proportions in regularly sanitized sponges [compared to uncleaned sponges], thereby questioning such sanitation methods in a long-term perspective,” the study says.

Then the media took this idea and ran with it.

“Some people may think that microwaving a sponge kills its tiny residents, but they are only partly right,” the Times story continued. “It may nuke the weak ones, but the strongest, smelliest and potentially pathogenic bacteria will survive.”

After reading these stories, including one posted on NPR’s Facebook page, I started becoming a bit skeptical. Something smelled fishy here. This conclusion just didn’t fit with my firsthand experience as a scientist.

Page Page 1 of 3
Previous article: You Live in a One Story House Made “Entirely of Redwood” What Color Would the Stairs be?
Next Post: Waffle House Employee Helps Elderly Man In Simple Act Of Kindness