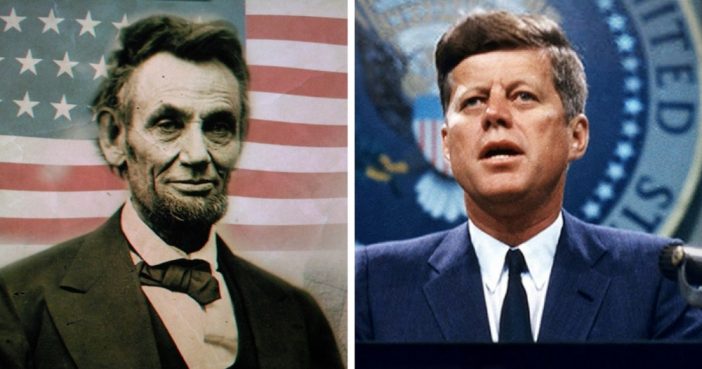 From assassination attempts to sitcom cameos, the life of an American president is never boring. Many of them had unique ways of unwinding, like golfing on the White House lawn, playing musical instruments, or enjoying a strong drink. Read on to find out more interesting, unusual facts about each president.

Contrary to popular myth, the first president did not, in fact, wear wooden teeth. Instead, his dentures were made of human and cow teeth, ivory, and metal. However, the president was fond of very dark wines, which may have stained his dentures, giving them the appearance of being wooden.

Adams died on July 4th, 1826, the 50th anniversary of the signing of the Declaration of Independence. Coincidentally, Thomas Jefferson, his former vice president who later became his bitter political rival, died on the same day. Adams’ last words were reported “Thomas Jefferson survives,” but Jefferson had actually passed away a few hours earlier.

Jefferson accomplished quite a lot in his lifetime. When it came time to plan his gravestone inscription, he requested that three things be put on it — and his presidency didn’t even make the cut! Instead, he wanted to be remembered as: “Author of the Declaration of American Independence, of the Statute of Virginia for religious freedom and Father of the University of Virginia.”

4. James Madison was the smallest president.

The fourth president of the United States was reportedly also the smallest one. He was only 5’4″ and weighed about 100 pounds. And it probably didn’t help that he was frequently ill, having been described by various physicians as “fragile” for most of his life.

Long before the Summer of Love, there was the Era of Good Feelings. Monroe had one of the most peaceful presidencies, as he tried to create a more unified country in the wake of the War of 1812. And it apparently worked — the time period during his presidency became known as the “Era of Good Feelings” and he was re-elected without opposition in 1820.

We can imagine there would be quite the controversy if any of our modern presidents went skinny-dipping in the Potomac River. But that’s exactly what John Quincy Adams did every single morning as part of his daily routine. According to his journal, he regularly took a long walk and a dip in the river early in the morning before returning home for breakfast.

We’re used to seeing his face on the $20 bill, but ironically, Jackson hated paper currency. He only trusted silver and gold, and he even shut down Second Bank of the United States partially because of its ability to manipulate paper money.

Van Buren was the first president to be born in America, to parents who had immigrated from the Netherlands to Kinderhook, New York. He was born in 1782, six years after the colonists had declared their independence from Britain.

9. William Henry Harrison had the shortest presidency in history.

Harrison had the shortest presidency in U.S. history, lasting only one month. He famously did not wear a coat to his inauguration, where he gave a lengthy 90-minute speech. This likely caused him to fall ill with pneumonia, though it was later theorized that he may have also been suffering from deadly septic shock.

To say John Tyler was not particularly well-liked is an understatement. When he died in 1862, his obituary in the New York Times called him “the most unpopular public man that had ever held any office in the United States.” Yikes. It probably didn’t help that he was considered a traitor to the United States when he died, having recently been elected to the Congress of the Confederacy.

Page Page 1 of 4
Previous article: Can You Guess Which Outlaw this Car Belonged to?
Next Post: 40 Common Cooking Mistakes You May Be Making And How To Fix Them