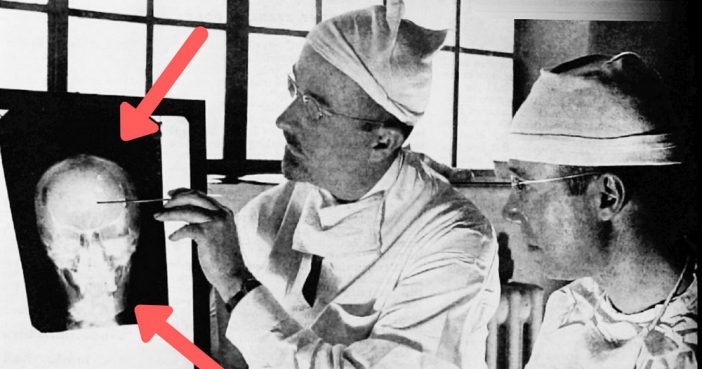 We practically live in a totally new world since iPhones came along ten years ago, so you can imagine that the ’60s had some pretty different ideas of what good living was like. People supported some pretty surprising things before the summer of love.

Psychiatrist Walter Freeman thought he came across a life-changing medical procedure when he did his first “ice-pick” lobotomy in 1946. “Ice-pick” wasn’t just some cute name for the lobotomy. He used a metal rod just like an ice pick and jammed it through your eye socket into your brain—while you were still awake. Freeman figured that depression or mood problems were caused by too much emotion, so he wanted to cut the emotional connection in the brain … literally. People did tend to be much calmer or changed after the procedure, though some were left paralyzed or mentally disabled.

Freeman crossed the country, performing lobotomies publicly like a traveling freak show, sometimes doing two people at a time, an ice pick in each hand. The treatment caught on because there were so few resources available for the mentally ill at the time. Hearing of this new way to calm unruly people, Howard Dully’s stepmother brought him in to see Dr. Freeman. The stepmother claimed the child had a variety of mood and behavior problems, but in truth, Dully was just an average kid. The stepmother hated him and wanted to do anything to make the child as sedate as possible. So Freeman agreed to perform the lobotomy. Dully was only 12 years old, and they didn’t bother to tell the father that his son would be getting the ice pick special.

But operating on a 12-year-old without full parental consent wasn’t what brought Freeman down. In 1967, he performed a lobotomy on a housewife who later died of a brain hemorrhage. Finally, people figured out that shoving a knife in your brain may not be an advanced medical technique.

2. Some doctors thought smoking cigarettes was the best way to relieve pregnancy constipation.

Pregnancy can often cause bad constipation. Nowadays, you have to eat healthily or possibly take a fiber supplement to relieve the discomfort, but 50 years ago, doctors had a very different solution: cigarettes. Doctors routinely advised pregnant women to smoke cigarettes to thwart constipation. Alan F Guttmacher, vice president of Planned Parenthood and women’s issues “expert,” wrote this very advice in his book Pregnancy and Birth. He also said, “There is no logical reason to prohibit the moderate use of alcohol during pregnancy to the patient who enjoys and tolerates it.” So, drink up, Mom!

The biggest thing Guttmacher needed moms to avoid was weight gain. He suggested they only gain 20 pounds total, and if they were starting to get heavy, they should “try skipping lunch and substitute skimmed milk with a few unsalted crackers.” You’ve got to keep that hot pregnant body and birth a svelte little baby, which is another reason to keep up your smoking habits before your baby bump gets out of control.

3. Feeding a baby at night “sowed the seeds of socialism”

After feeding your baby cigarettes and booze in utero, what should you give your child after birth to make them a good, healthy American? Dr. Walter W. Sackett Jr. had some very clear ideas of how to care for a child so they wouldn’t grow up a communist. It was vital for parents to give their children a strict schedule, even as newborns. He felt that breastmilk or formula wasn’t enough, so babies should start eating cereal at two days old. By 10 days old, they could have strained vegetables, and at the ripe old age of nine weeks, a baby should chow down on bacon and eggs or whatever else the family would normally eat. Sackett wasn’t completely crazy—he did recommend waiting until a baby was six months old before you give them black coffee. But you definitely have to give them coffee so that they properly adjust to “the normal eating habits of the family.”

Keeping the baby on the family’s regular schedule applied to all aspects of parenting. Does your baby cry at night? Don’t think about coddling it. Sackett insisted that a baby can’t learn that it’ll get everything it wants in an instant. He equated soothing a crying baby to “sowing the seeds of socialism.” That one extra lullaby in the middle of the night could turn your kid into a commie nightmare.

4. Future travel would be falling through “mole-hole tunnels”

Futurists of the 1960s weren’t the best at predicting the world of the year 2000 and beyond. They set up expectations for flying cars that we still haven’t fulfilled, and there’s almost never anyone walking around in a tin foil silver jumpsuit that promised to be the fashion of the future. But one prediction was especially strange. A scientist from Sylvania Electronic Systems didn’t imagine flying automobiles or teleportation would be the transportation of today. He had his money on “mole-hole tunnels.”

The scientist didn’t imagine we’d be living in a dystopian underground society but thought the 2000s would bring a friction-free system of travel. By sort of falling through a system of tubes, you’d get between any two cities in under 42 minutes. Perhaps he was just predicting the travel patterns of video game plumbers.

5. It was normal to have a monkey for a pet.

Dear Abby, the most trusted advice columnist of the time, got a concerned letter from a ten-year-old in 1961. The girl really wanted a pet monkey, but her father said, “No way.” You’d think Abby’s response would be, “Hell no, you can’t have a monkey. Are you crazy? Why would you want a monkey in the house?” Instead, she said:

“I have had two pet monkeys (Beth and Bathsheba) and, although I love monkeys, your father is right. To quote my son (he was four at the time), ‘Monkeys should live with monkeys and people should live with people.'”

It’s clear that Abby’s son was not a fan of two monkeys roaming around the house. Though this letter certainly doesn’t insinuate that a pet monkey was as common as a dog in the ’60s, it also wasn’t completely out of the question. Looks like Justin Bieber was just born in the wrong time for their love of pet primates.

6. “How to handle a gun” classes were taught in elementary school

If a kid learns anything in grade school, it should be how to shoot a gun. At least, that’s what the NRA believed in the late ’50s. Unfortunately, there have been accidental deaths and injury from kids playing with guns ever since there were kids and guns. So in Indiana in 1954, the state offered a free class about gun handling and safety for any child over six (with a parent’s permission). The main goal was to teach gun safety, so they might avoid many of the accidents that came from children playing with guns.

The intention behind the classes was good, and it’s not like they were training little first-grade assassins. But some people felt bringing guns into a classroom at that age was inappropriate, that it might glorify guns for young children and make them think they could be safe in handling a firearm. The NRA dismissed that as nonsense like they do.

Four states allowed firearm classes for grade-school students, and they insisted that they would only offer a class for the good of the children, not for a love of guns. The 1956 article in Time Magazine stated that the instructor of the Indiana class was happy to answer questions from kids about the speed of bullets or other technical queries, but did not want to answer questions like “Have you ever shot anyone?” and “If you shoot a man in the head how long does it take him to die?” The fact that grade-school kids even wanted a good estimate on the time of death from a bullet wound might mean that teaching them all about guns wasn’t a great idea.

Page Page 1 of 3
Previous article: Who are these 1970’s Actresses? Use Their Hair for Clues.
Next Post: Father Suffers From Alzheimer’s. What His Son Did For Him Moved Millions On Facebook…