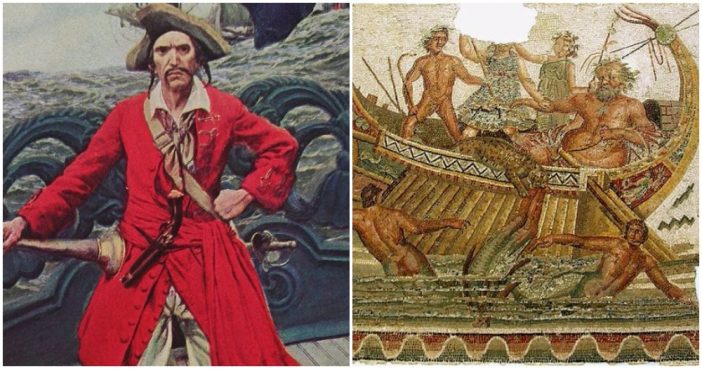 You probably think that you already know everything there is to know about pirates. They sailed the high seas, loved rum, and stole plenty of booty from passing ships. What else is there to know?

The answer to that question will probably surprise you. That’s because, in addition to all the things you already knew about pirates, there are countless details about their private lives that will leave you dumbfounded.

These 12 facts about the secret lives of pirates will rethink the entire way you see them. Who had any idea that these brigands and outlaws were so ahead of their time?

1. Their earrings were basically life insurance: If a pirate ever died tragically, they could always count on their earrings to guarantee that they got a proper burial. Their gold and silver hoops could be melted down to pay off funeral expenses.

2. Beware the red flag: You might think that the black-and-white skull and crossbones of the Jolly Roger flag were the banners that sailors feared the most, but in reality, it was the so-called bloody rag flag that really scared them! Pirates who flew this flag were letting people know they took no prisoners.

3. Pirates were amazing mixologists: In the 17th century, British sailors were allotted five shots of rum a day. They mixed it with water (in order to purify their usually bacteria-ridden supply), added lemon to fight scurvy and sugar for the flavor, and behold, grog was born!

4. They rarely actually buried their treasure: While you probably associate pirates with buried treasure, the truth is they mostly stole stuff like food, alcohol, and weapons, which would not exactly do them any good if buried underground.

5. Women were pirates, too: There were plenty of female pirates. Some hid their genders and tried to pass as men, while others were openly female. Like their male counterparts, they were dangerous and bloodthirsty.

6. Blackbeard the pirate was all too real: Born Edward Teach, Blackbeard’s notorious scruff wasn’t just black, it was also dangerous! He would weave hemp into it and light it on fire when he boarded ships to scare people into submission. Clearly, it worked.

Page Page 1 of 2
Previous article: 17 Of The Most Popular Christmas Gifts Given Over The Span Of 80 Years
Next Post: Gift Wrapping: Expert Tips For Wrapping A Present