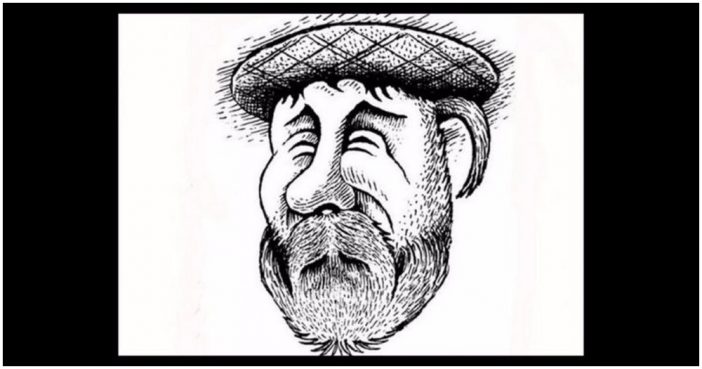 Did you ever do optical illusions as a kid?

Though there are many activities and game books marketed to children, none of the particular allure of an optical illusion book. These often came in many different varieties. Sometimes, it would be a book full of psychedelic images that you had to go a little cross-eyed to see correctly, other times you would need disposable 3D glasses to figure out what was going on the page. In other cases, the picture was actually hidden in plain sight but you needed to think differently to see the image.

Recently this image has gone viral on social networks. Millions of people have visualized the face of this gentle old man, but what they did not know was that a very nice animal was hidden throughout the image.

And the test organizers claimed that only 1% of the population were able to solve this question.

Found the animal? If no then we will give you a Hint

The Animal is Man’s Best Friend

Found the Answer?? If still you couldn’t solve Don’t worry Here is the answer for you.

The Animal is Dog

The old man picture is also a picture of a dog chewing on a bone, sitting on a carpet!

Did any of you see this right away? If so, give yourself a pat on the back for being unusually observant and attentive! Aside from being a quick distraction during the workday, this optical illusion is helping us all remember what it’s like to be a kid again, if only for a few minutes. It’s also a helpful reminder that getting a new perspective on things that seem simple can lead to interesting results.

If you liked this puzzle, share it with your friends!

Previous article: Queen Elizabeth and Prince Philip: 8 Milestones In Their Marriage
Next Post: Guess Who this 2 Times Oscar Winner is?