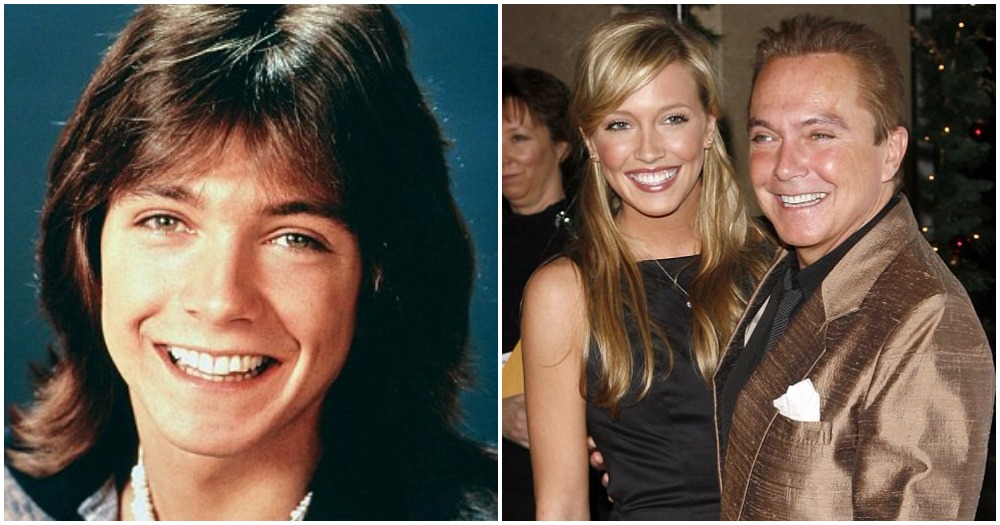 Over the weekend, David Cassidy hovered on the brink of death in a Florida hospital. In his private room, the former teen idol was induced into a medical coma. His organs were failing, his body was shutting down, his family gathered at his bedside. Expecting the worst.

Over the wider world, more than a million hearts skipped a beat at the terrible news.

For the 67-year-old singer is still capable of producing an emotional crumple in middle-aged female fans who can still remember all the words to Cherish, his first hit single of nearly – gulp – 50 years ago.

Women who never met Cassidy, but who remember what it felt like to have loved him from afar. Women no longer in the first or even the fourth flush of youth, who are now willing him to get better, fingers crossed, Godspeed, get well soon.

His publicist said that there was nothing ‘imminent’ about Cassidy’s condition, despite the failure of his liver and kidneys. Doctors were hoping to keep him as well as possible, as the search begins to find a liver for a possible transplant operation. It is no secret that the star has had problems with alcohol addiction over the last few years, resulting in four arrests for drunk driving, a divorce from his third wife after 28 years together – and bankruptcy.

As he swam back into the headlines and his predicament became clear, it was hard not to feel a pang of sadness. Please, not David, not now. For him, above all the other teenyboppers and pop stars, has the power to transport a certain generation of women back to a very specific time in their past.

Back then, we had Charlie perfume on our wrists, strawberry-flavored gloss on our lips and David Cassidy on our bedroom walls. With his puka shell necklaces and appliquéd dungarees, he was the floppy-haired fount of a million schoolgirl crushes. Then and now, he represents the absolute essence of adolescence from a more innocent age – it is awful to think of him fighting for his life.

For he was our original poster boy, most beloved pin-up, our first, our last, our everything. We were absolutely crazy about him. In today’s world, where sophisticated teenagers have their pick of myriad distractions and entertainments, there is no comparison to the pungent, global power of his appeal.

You have absolutely no idea. Before him, there were four Beatles to choose from, while Davy Jones was the only Monkee worth losing your peanuts over – but everyone loved wholesome and sweet David.

At the height of Cassidymania, he was the highest-paid solo artist in the world, selling more than 25million copies of each of his singles. None of the dark and slightly dangerous stars who came afterward, such as Marc Bolan, David Bowie or Adam Ant could ever match his reach nor his nourishing, parent-approved appeal. Today, only Justin Bieber comes close in terms of passionate fandom – but to be frank, he and the Beliebers often seem bizarre and unhinged.

In comparison, David Cassidy’s songs plugged straight into the heart of the tentative yearnings of innocent little girl-ings, unsure and unschooled in the ways of love. Could It Be Forever? How Can I Be Sure? I Think I Love You – never have the conundrums of fledgling romance been so sweetly and acutely expressed. For the lovelorn amongst our sorority, there was the rainbow-chasing song Daydreamer.

And for me, there was Cherish, his first and, in my opinion, greatest song of all, in which he beseeched the object of his secret affection to ‘cherish me as much as I cherish you.’ I love it still.

And it gladdens my heart to note that somehow Cassidy survived the long-haul damage of 1970s pop celebrity and remained respectful of his fans.

Page Page 1 of 2
Previous article: 15 Things Every Fan Of ‘The Partridge Family’ Should Know
Next Post: Can You Solve This Question On A Third-Grader’s Math Homework