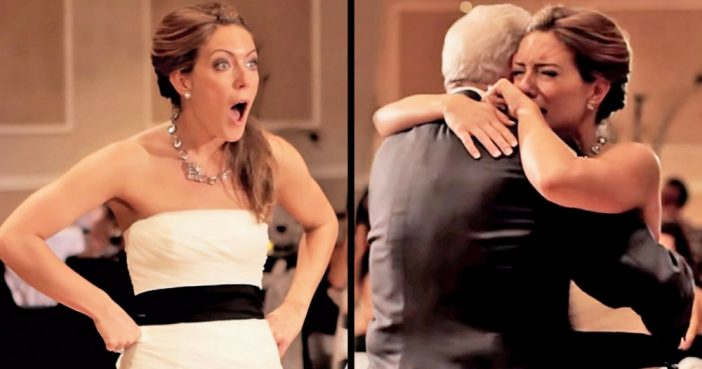 The father-daughter dance is one of the most special moments at a wedding for the bride and her father. But for Andrea, tragedy struck months before her wedding, and that meant that her father wouldn’t be there.

Andrea’s father, Mark, died from cancer just a few months before her big day. But in that time of immense grief and sadness, her family uplifted her in a way that only family can, and it will have you sobbing!

Before the father-daughter dance, Andrea’s brother, Luke, took the mic to say that he had recorded himself singing “Butterfly Kisses”, the song their sister danced to with their father at her wedding. Andrea was shocked and immediately broke down in tears, and we did too!

But it didn’t end there. While the recording played, a few family members took turns dancing with her, starting with Mark’s father, followed by her two brothers, and ended the dance with her father-in-law, Scott. Words can’t even begin to describe how touching the moment was.

Watch the beautiful video of the bride’s special dance below!