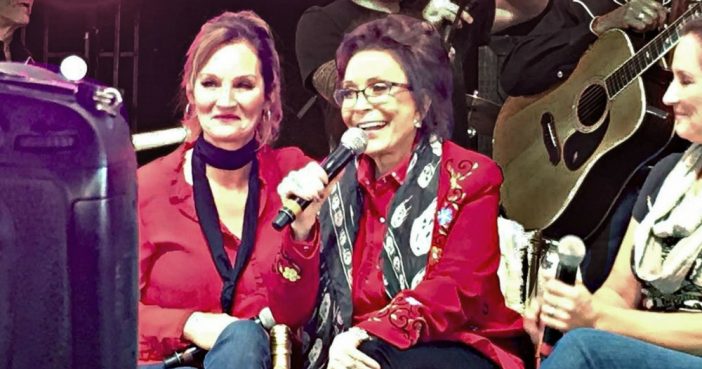 Country legend Loretta Lynn suffered a stroke in May that forced her to cancel tour dates and postpone a new album release until 2018. Over the weekend, she proved that health issues can’t stop her from performing for her fans.

Hundreds gathered at her ranch in Hurricane Mills, Tenn. for Lynn’s first performance since her hospitalization. The 85-year-old was seated and only sang through portions of her hit songs, switching off with family members who joined her on stage. Aside from her trademark cut “Coal Miner’s Daughter,” she also performed her 1966 single “You Ain’t Woman Enough (To Take My Man).”

Still, Lynn seems as happy and charismatic as ever. It’s unclear if or when Lynn will resume a regular touring schedule, but her family says she’s already hard at work on new music. Her 41st studio album, Wouldn’t It Be Great, is scheduled to be released sometime in 2018.