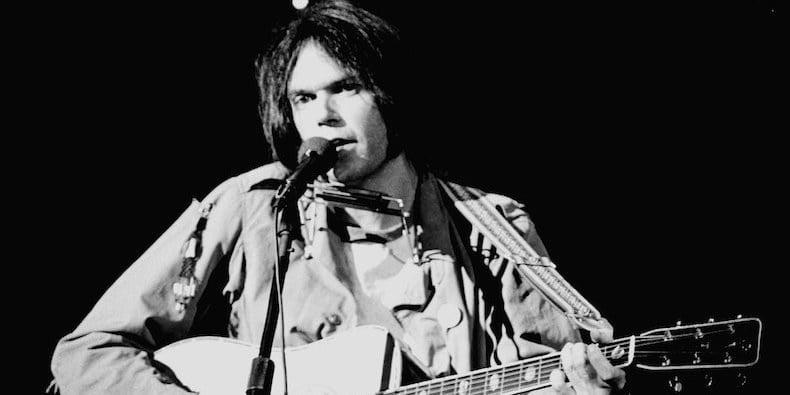 Neil Young has announced the release of Hitchhiker, an album recorded in 1976. It’s due out September 8 via Reprise. Listen to the title track below. Hitchhiker comprises solo acoustic songs that Young recorded live over the course of one day in Malibu, several of which later appeared on albums like Comes a Time and Rust Never Sleeps. “Hitchhiker” was eventually re-recorded for Young’s 2010 album Le Noise.

The original recordings were produced by Young’s longtime collaborator David Briggs, and the new release features post-production from John Hanlon. Hitchhiker includes early renditions of songs like “Pocahontas,” “Powderfinger,” and “Human Highway,” as well as the previously unreleased tracks “Hawaii” and “Give Me Strength.” Check out the full tracklist below.

Read Pitchfork’s Sunday Reviews of Tonight’s the Night and Trans.

(Source: Pitchfork)
Previous article: Which is the Correct Top View of this Triangle?
Next Post: Primetime Soap Stars Of The 80s: Where Are They Now?