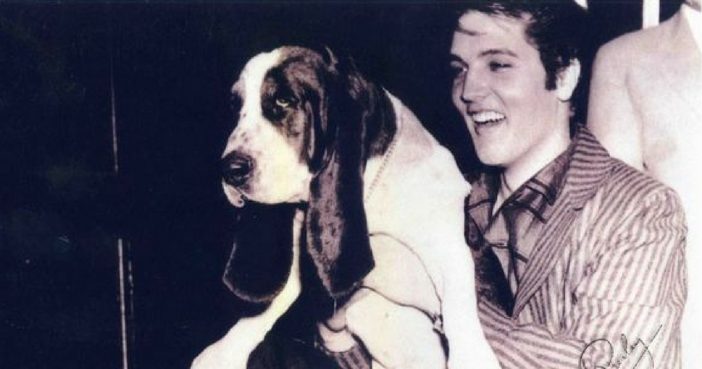 The classic song “Hound Dog” was released in 1952 and was number one on the charts for seven weeks. Yes, that was 1952. Okay, before you jump the gun, let me tell you, this original version of “Hound Dog” had nothing to do with Elvis Presley. The first version of “Hound Dog” was recorded by a 25-year-old African-American rhythm and blues singer named Willie Mae “Big Mama” Thornton. The song was a smash hit and sold almost two million copies. Sadly, “Big Mama” Thornton hardly collected any of the profits she rightfully deserved.

Alright, now let’s skip up to the spring of 1956. A young rock and roll singer named Elvis Presley was the hottest act in show business. The hip-shaking Elvis already had number one records and albums and was selling out live concerts all over America. But the red-hot Elvis was currently experiencing his first bit of comeuppance.

In April of ’56 Elvis committed to a two-week booking in Las Vegas at the Venus room of the new Frontier Hotel. Elvis was declared a flop by Las Vegas audiences and critics alike, playing nightly to half-bored adults who failed to fall under his spell as their teenaged kids had. Being a flop in Las Vegas (or anywhere) is no fun, and after giving a less-than-spectacular show to a less-than-enthused crowd one night, Elvis drifted over to another hotel to take in a show.

Page Page 1 of 4
Previous article: Oh Sweet Joy, The ‘Sweet Valley High’ Books Are Getting A Movie Adaptation!
Next Post: These 9 Dolls From The 50s And 60s Will Send You Down Memory Lane