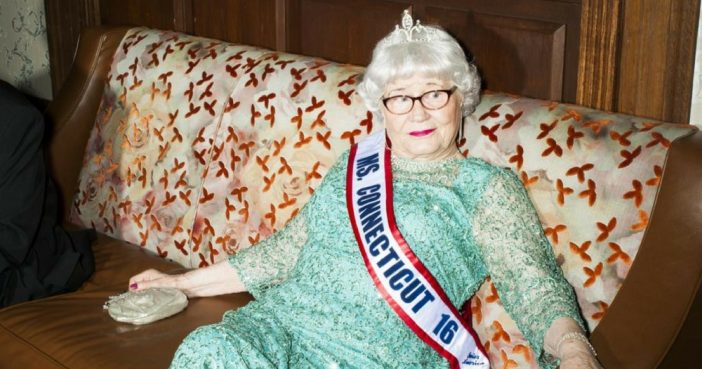 Although she grew up in a loving home in rural Poland, her childhood was cut short by the outbreak of war. This is her story.

“My skin is beautiful,” Krystyna Farley says. “So I don’t wear any makeup, just lipstick – that’s all.”

Krystyna, who will soon turn 92, has spent the last year as the incumbent Ms. Connecticut Senior America.

“People think that if you’re over 60 you’re finished – it’s not true,” Krystyna says, describing what she likes about beauty pageants.

“You’re showing people you are still alive and you still can do it – you can dance, you can sew, you can paint, you can do anything you want.”

Krystyna’s optimism and joie de vivre is all the more remarkable, bearing in mind the harrowing experiences of her teenage years.

She was born in eastern Poland in 1925, the second of five children. Her family lived on 35 acres of land her father had been given in return for his military service during World War One, in a house surrounded by cherry trees.

“That life was terrific because we didn’t have any worries,” Krystyna remembers. “We were young and we always had a good time.”

But when Krystyna was 14 Germany and the Soviet Union invaded Poland – triggering World War Two.

Click “Next” to find out about Krystyna went through during WWII.

Page Page 1 of 5
Previous article: Steve Irwin’s Wife Reveals Touching Reason She Hasn’t Dated Since His Death.
Next Post: Did this Happen in 1977?