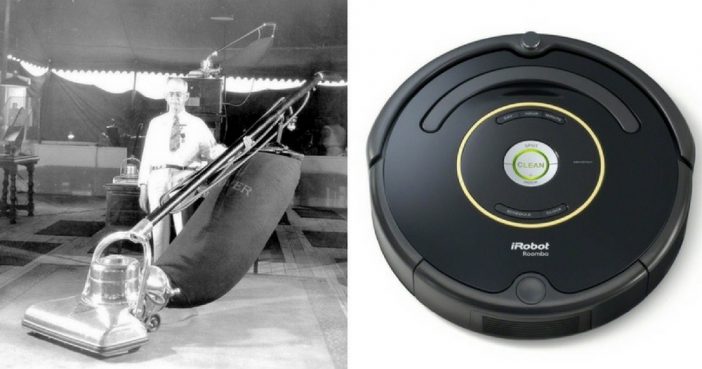 The internet came along and changed our lives. Smartphones and super slim televisions are now standard the world over. But it wasn’t always that way, oh no, it was better once.

Better how? We hear you ask. In plenty of ways. We lived happy lives before phones and email. We just didn’t really notice the changes happening over the years.

From televisions and laptops slimming down as we bulge out, to phones actually getting weaker, tech has surprisingly affected us in ways we may not have expected. Now: The DynaTAC has long been forgotten, with pocket-size touch phones like the iPhone dominating the market. Now: Watch hundreds of channels of HDTV on a 50′ inch 3D Sony, a 42′ inch Panasonic plasma, a Samsung or Sharp LCD in your living room. Then: Nolan Bushnell founded Atari in 1972, but it didn’t become big in homes until 1975 — when Atari started selling home versions of Pong, a two-dimensional sports game which (sort of) simulated a game of table tennis. Pong helped Atari become a household name and introduced very basic, at-home video games to the masses.

Now: Play Halo with friends in different countries, watch an HD movie on Blu-ray, play tennis, lose weight — all through your PlayStation 3, Nintendo Wii or XBOX.

Page Page 1 of 4
Previous article: The Cast Of Full House: Then And Now
Next Post: Match the Living Room to the TV Show ’70s Edition