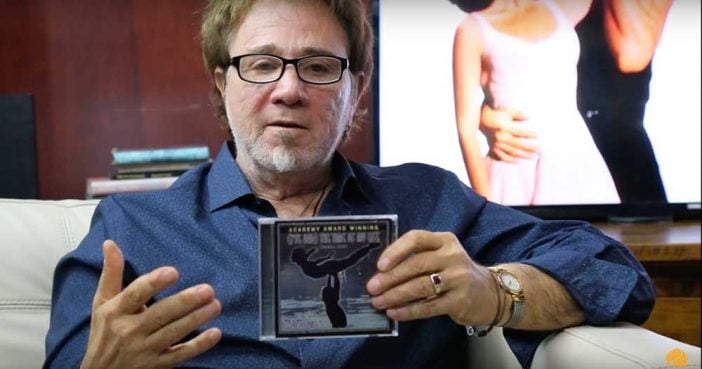 Celebrating the 30th Anniversary of Dirty Dancing (Exclusive Interview) We sat down with Academy Award-winning composer Franke Previte to talk Patrick Swayze and all the magic behind the movie. Honor Patrick’s memory today by making a donation to end pancreatic cancer (the disease that took Patrick) here: bit.ly/2rinCm4

He was with the New Jersey rock quintet Franke and the Knockouts as the singer and songwriter. Previously he had sung with the Oxford Watch Band and the heavy metal band Bull Angus. Franke and the Knockouts were signed by Millennium Records in 1981 and had three U.S. Top 40 singles and two Top 50 albums. Franke and the Knockouts’ biggest single, “Sweetheart”, was written by Previte and Knockout guitarist Billy Elworthy and became a Top 10 hit in 1981. The group’s other two Top 40 hits were “You’re My Girl” and “Without You (Not Another Lonely Night)”. The band switched to Music Corporation of America in 1984, but they split up around 1986. Franke Previte co-wrote music for the hit soundtrack to the 1987 movie Dirty Dancing.

Previous article: 9 Child Murderers And How They Lost Their Innocence
Next Post: Spine-Tingling Whitney Houston Cover Brings Down The House On “America’s Got Talent”