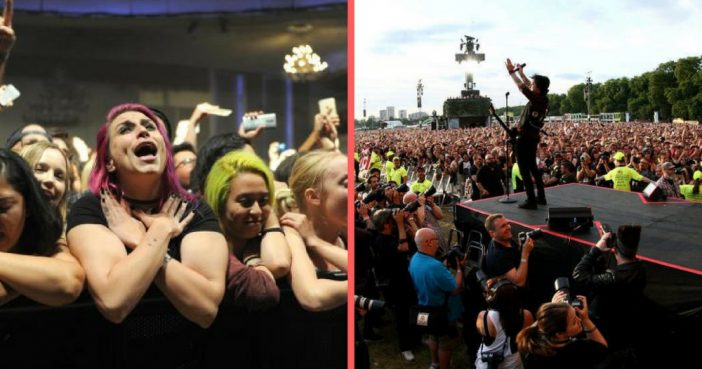 While waiting to see a live Green Day show in London’s famous Hyde Park, the energetic crowd of over 65,000 people put their voices together in a rousing version of the operatic Queen song “Bohemian Rhapsody”.  While they were singing to an empty stage, this version of the song was so organically earnest that it almost appeared as if they were offering a spontaneous tribute to the late great Freddy Mercury.