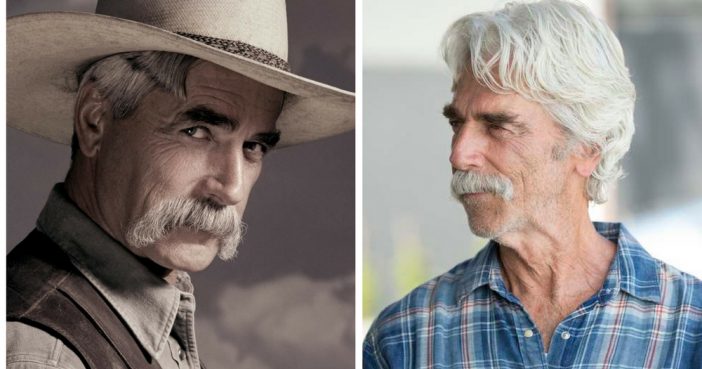 “The Hero” is a showcase for Sam Elliott, but if your multiplex were “The Price is Right,” it would be the showcase you pass up because the second one always has better stuff.

Elliott plays Lee Hayden, a veteran actor at the tail end of his career. He knows it’s the end of his career because new roles are rare and he’s been nominated for a lifetime achievement award. So he splits his time between recording halfhearted voiceovers for barbecue sauce radio spots and smoking joints with his best friend, a part-time actor/part-time drug dealer named Jeremy (Nick Offerman).

As you might expect, Lee is estranged from his family. He’s comfortable enough with his ex-wife, Valarie (Katharine Ross), to drop in and see her at her art studio, but his daughter, Lucy (Krysten Ritter), is clearly uncomfortable when he stops to see her at her regular tennis court. Normally Lee would keep his distance from both parties, but after a routine visit to his doctor he feels obligated: Lee has pancreatic cancer, with a slim chance of survival.

It’s a time of reckoning for Lee, and the substance of his career comes into even more relief against his physical mortality. Yet even when he stops by to see them, he can’t bring himself to break the news to Valarie or Lucy. Instead, he retreats further into his recreational drug habit and winds up meeting Charlotte (Laura Prepon), a raven-haired siren his daughter’s age who shares an interest in Jeremy’s product. From here, “The Hero” follows Lee as his unexpected relationship with Charlotte allows him to postpone facing the inevitable.

It’s the kind of storyline that needs a strong figure at its center, and Elliott holds the line effectively. The role isn’t exactly a stretch — Lee’s lifetime achievement award is for his work in Western roles, and he’s famous for his deep, growling voice — and it’s kind of hard to imagine anyone else as Lee.

Page Page 1 of 2
Previous article: Guess This Classic TV Father’s Name?
Next Post: Julie Andrews Wiped Out While Filming The Sound of Music