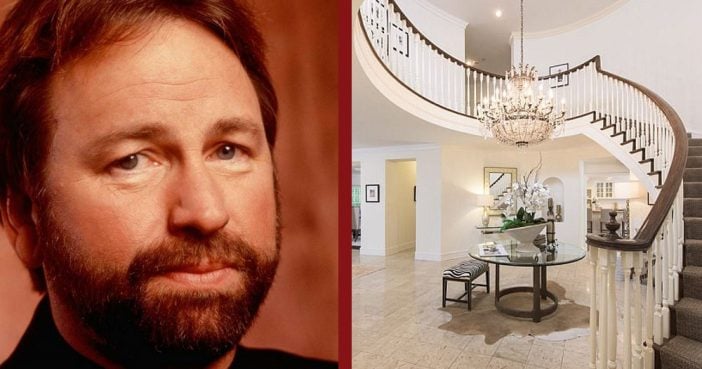 The Golden Globe winner – who was buried at Forest Lawn Memorial Park – originally bought the French traditional-style house three decades ago for $2.25M, according to the LA Times.

The Agency’s Eric Lavey listed the five-bedroom property – built in 1982 – which boasts 6,409 square feet of living space on a half-acre lot.

The former couple’s backyard swimming pool is lined with brick-tiling and plenty of room for a family BBQ.

The Ritters’ breathtaking foyer gives visitors a warm welcome thanks to the stately staircase opening up to a living room and dining room.

A quaint family room features four doorways to the patio for lots of light and fresh air, as well as an ornate ceiling and a curved bookshelf.

The white-walled house also has a private gym, an office with walnut paneling, three fireplaces, and 5.75 bathrooms.

The white-walled house also has a private gym, an office with walnut paneling, three fireplaces, and 5.75 bathrooms.

Check out the backyard/pool area NEXT

Page Page 1 of 11
Previous article: Guess Which Is The Grown Child Celebrity? (Part 2)
Next Post: Can You Guess The John Denver Song By Their Lyrics?