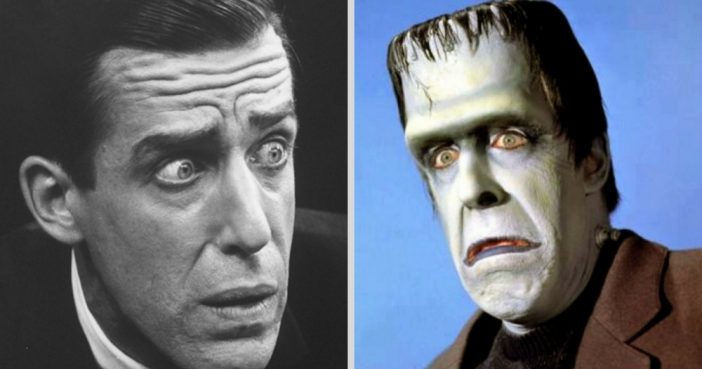 FRED GWYNNE, WHO STRETCHED AN imposing 6 foot 5 when fully grown, was never destined to be normal. Born in New York City in 1926, Gwynne had one early, consuming ambition.

“The thing I always wanted to be, ever since I can remember, is a portrait painter,” he told a New York Times reporter in 1978. And while Gwynne would—eventually—become a successful artist, it was not what he would be famous for. With a long face, a jaw like a backhoe shovel, broad mouth and expressive eyebrows, his distinctive mug and deep voice secured him a place on the Broadway stage and in Hollywood—most notably as the Frankenstein-ish patriarch, Herman Munster, of The Munsters, the CBS sitcom that chronicled the misadventures of a family of friendly ghouls from 1964 to 1966.

But while Gwynne racked up reviews of his eclectic stage and screen credits over a decades-long career, he was also getting notices of another, less buzzy, nature. He was writing and illustrating children’s books—really good ones. His two best-known titles, The King Who Rained and A Chocolate Moose for Dinner, attested to his love for puns and homonyms. They are those rare children’s tomes that are both goofy and sly, respecting the intelligence of children befuddled by the inanities of language. Well-loved by critics, they were also wildly popular, scoring positions on the bestseller list when published and still in print today.

Gwynne’s path to acting was circuitous. After high school, he joined the Navy and served during World War II as a radioman on a submarine chaser. When his service ended, he enrolled in art school but left to attend Harvard, where he drew cartoons for the Harvard Lampoon, sang in an a capella group and acted with the Hasty Pudding Theatricals, a student troupe. He graduated from Harvard in 1951 and landed his first Broadway role a year later, in a comedy called “Mrs. McThing”. (His own alma mater’s paper, The Harvard Crimson, declared that, while “amusing” the “plot isn’t much to speak of”.) It wasn’t exactly a speedy ascent.