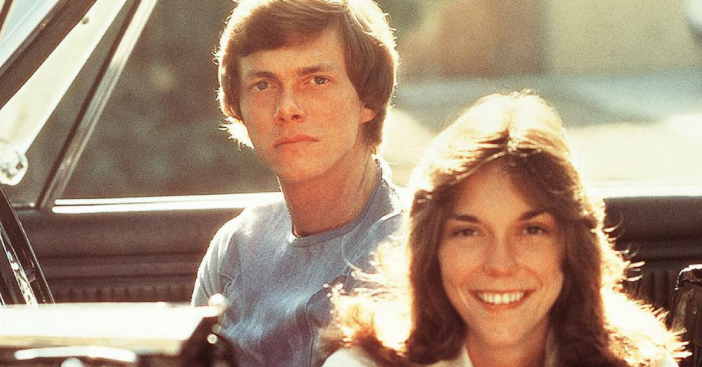 This is the full performance of Dancing In The Street on the ‘Your All American College Show’ by the Carpenters in 1968.
Hear Richard confirming that no, it is not an organ ‘It’s an electric piano’… and check out that awesome drum work by 18 year old Karen…
And if that isn’t enough for ya… you get to see the trio (yes, the Dick Carpenter Trio, to be exact) win the top trophy and prize money handed out by none other than Zsa Zsa Gabor, and William Shatner!!


This was the performance that caused Mr. John Wayne to think that Karen would be perfect for the female lead in his upcoming film ‘True Grit’. Karen did read for the part but was beaten out by popular Kim Darby for the role.
Previous article: Friday’s Nostalgic News – June 2
Next Post: Guess How Much This Babe Ruth Baseball Card Sold For?