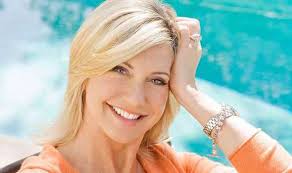 Olivia Newton-John seen for first time since news of breast cancer returning. This past Sunday a photo was captured of the 68-year-old Grease star as she was exiting a grocery store in California.

Olivia Newton-John is putting her U.S. and Canadian tour on hold after discovering she has cancer, the singer announced on Facebook Tuesday afternoon.

Doctors have diagnosed the star, 68, with breast cancer that has metastasized to the sacrum, according to the statement. The star initially postponed the first half of her concert tour two weeks ago because of severe back pain from what she thought was sciatica.

Continue Reading on “NEXT” page..

Page Page 1 of 2
Previous article: How Well Do You Know All in the Family?
Next Post: Even If They Are Starving, Natives Living In The Arctic Will Never Eat A Penguin’s Egg. Why Not?