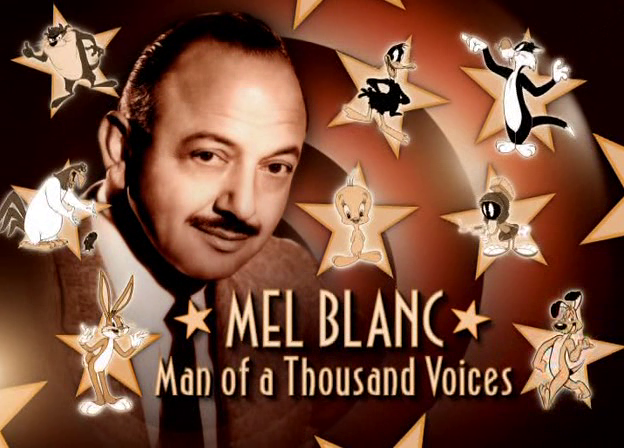 Melvin Jerome “Mel” Blanc  was born in San Francisco, California on May 30, 1908. He was an American actor, voice actor, radio comedian, and a recording artist. His vocal career began with him performing in radio, but the man is mostly remembered  for his voice as some of in animation as the voices of Bugs Bunny, Daffy Duck, Porky Pig, Tweety Bird,  and other timeless characters from the Looney Tunes and Merrie Melodies theatrical cartoons during the peak of the American animation movement. Elmer Fudd was actually the only Warner Bros character that was played by someone else- Blanc’s fellow radio voice actor Arthur Q. Bryan. After Bryan passed away though, Mel would take over for the part of Elmer Fudd, officially making making him “The Man Of 1000 Voices”.

More on Mel Blanc “NEXT”

Page Page 1 of 4
Previous article: A Horse With No Name Might Have A Name
Next Post: Burns, Bruises, Band-Aids And Mercurochrome