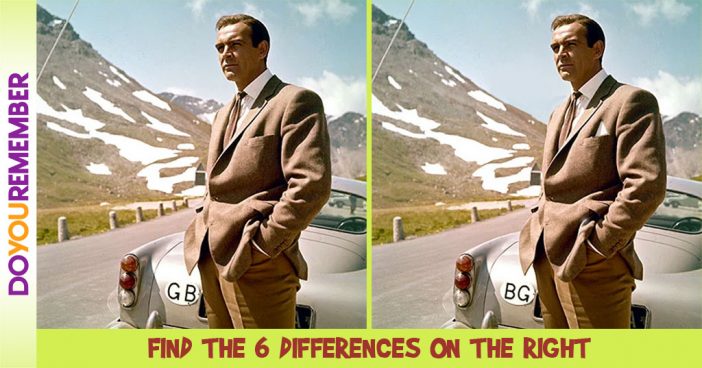 1. Some of the Snow on the Side of the Mountain is Gone

2. One of the Mountains in the Background is Gone Too!

3. Some of the Cement Posts Along the Highway Have Been Removed

4. The Letters on the License Plate Have Been Inverted

5. James Bond Now Has a Handkerchief in Coat Pocket

6. The Man Seen From the Car Window Has Disappeared