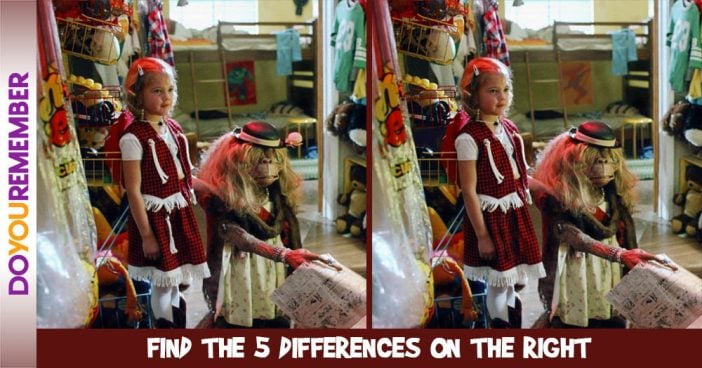 It tells the story of Elliott (Thomas), a lonely boy who befriends an extraterrestrial, dubbed “E.T.”, who is stranded on Earth. He and his siblings help it return home while attempting to keep it hidden from their mother and the government.

The concept for the film was based on an imaginary friend Spielberg created after his parents’ divorce in 1960. In 1980, Spielberg met Mathison and developed a new story from the stalled science fiction/horror film project Night Skies.

It was shot from September to December 1981 in California on a budget of US$10.5 million. Unlike most motion pictures, it was shot in rough chronological order, to facilitate convincing emotional performances from the young cast.

Released on June 11, 1982 by Universal Pictures, E.T was a blockbuster, surpassing Star Wars to become the highest-grossing film of all time—a record it held for eleven years until Jurassic Park, another Spielberg-directed film, surpassed it in 1993. It is the highest-grossing film of the 1980s. Widely regarded as one of the greatest films of all time, critics acclaimed it as a timeless story of friendship, and it ranks as the greatest science fiction film ever made in a Rotten Tomatoes survey.

In 1994, it was selected for preservation in the United States National Film Registry as being “culturally, historically, or aesthetically significant”. It was re-released in 1985, and then again in 2002 to celebrate its 20th anniversary, with altered shots and additional scenes.

In a California forest, a group of alien botanists collect flora samples. When government agents appear on the scene, they flee in their spaceship, leaving one of their own behind in their haste.

At a suburban home, a ten-year-old boy named Elliott is trying to spend time with his fifteen-year-old brother, Michael, and his friends. As he returns from picking up a pizza, he discovers that something is hiding in their tool shed. The creature promptly flees upon being discovered. Despite his family’s disbelief, Elliott leaves Reese’s Pieces candy to lure the creature to his bedroom. Before he goes to sleep, he realizes it is imitating his movements.

He feigns illness the next morning to stay home from school and play with it. Later that day, Michael and their five-year-old sister, Gertie, meet it. They decide to keep it hidden from their mother, Mary. When they ask it about its origin, it levitates several balls to represent its solar system and then demonstrates its powers by reviving a dead chrysanthemum.

At school the next day, Elliott begins to experience a psychic connection with the alien, including exhibiting signs of intoxication (because it is at his home, drinking beer), and he begins freeing all the frogs in his biology class. As the alien watches John Wayne kiss Maureen O’Hara in The Quiet Man on TV, Elliott kisses a girl he likes. He is then sent to the principal’s office.

Makeshift communicator used by E.T. to phone home. Among its parts is a Speak & Spell, an umbrella lined with tinfoil, and a coffee can filled with other electronics. The alien learns to speak English by repeating what Gertie says as she watches Sesame Street and, at Elliott’s urging, dubs itself “E.T.” He reads a comic strip where Buck Rogers, stranded, calls for help by building a makeshift communication device and is inspired to try it himself. E.T. receives Elliott’s help in building a device to “phone home” by using a Speak & Spell toy.

Michael notices that his health is declining and that Elliott is referring to himself as “we.” On Halloween, Michael and Elliott dress E.T. as a ghost so they can sneak him out of the house. Elliott and E.T. ride the former’s bike to the forest, where E.T. makes a successful call home.

The next morning, Elliott wakes up in the field, only to find E.T. gone, so he returns home to his distressed family. Michael searches for and finds E.T. dying in a ditch and takes him home to Elliott, who is also dying. Mary becomes frightened when she discovers her son’s illness and the dying E.T., just as government agents invade the house. Scientists set up a medical facility there, quarantining Elliott and E.T. Their link disappears and E.T. then appears to die while Elliott recovers.

A grief-stricken Elliott is left alone with the motionless E.T. when he notices a dead chrysanthemum, the plant E.T. had previously revived, coming back to life. E.T. reanimates and reveals that his people are returning.

Elliott and Michael steal a van that E.T. had been loaded into and a chase ensues, with Michael’s friends joining them as they attempt to evade the authorities by bike. Suddenly facing a police roadblock, they escape as E.T. uses telekinesis to lift them into the air and toward the forest. Standing near the spaceship, E.T.’s heart glows as he prepares to return home.

Mary, Gertie, and “Keys,” a government agent, show up. E.T. says goodbye to Michael and Gertie, as she presents him with the chrysanthemum that he had revived. Before boarding the spaceship, he tells Elliott “I’ll be right here,” pointing his glowing finger to his forehead. He then picks up the chrysanthemum, boards the spaceship, and it takes off, leaving a rainbow in the sky as everyone watches it leave.

1. The Stuffed Bunny is Missing

2. The Tassel from Gertie’s Skirt is Gone

3. The Incredible Hulk Poster Has Been Replaced By a Spiderman Poster

4. The Art on the Wall is Missing

5. The Flower from E.T.’s Hat is Missing

Previous article: MisMatch 5 – I Dream of Jeannie
Next Post: Guess What? 52