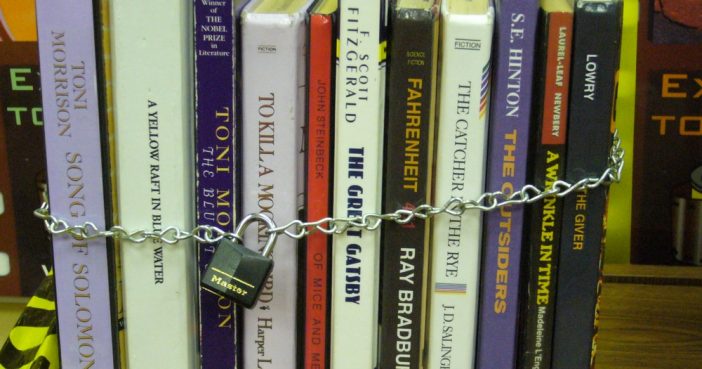 Remember those classic books we were required to read growing up? Well not only are some of them off the required reading list, they are banned from any reading lists?

“Banned Books Week is an annual awareness campaign promoted by the American Library Association and Amnesty International, that celebrates the freedom to read, draws attention to banned and challenged books, and highlights persecuted individuals. Held during the last week of September since 1982, the United States campaign “stresses the importance of ensuring the availability of those unorthodox or unpopular viewpoints to all who wish to read them” and the requirement to keep material publicly available so that people can develop their own conclusions and opinions. The international campaign notes individuals “persecuted because of the writings that they produce, circulate or read.” Some of the events that occur during Banned Book Week are The Virtual Read-Out and The First Amendment Film Festival.”

“Since the launch of Banned Books Week in 1982, more than 11,300 works of literature have been threatened with censorship in schools, bookstores, and libraries across the United States, according to the American Library Association. Get the facts behind 10 classic works of literature that have been repeatedly pulled from bookshelves around the world.”

Which ones did you read? We would love to get your feedback in the comments section below!