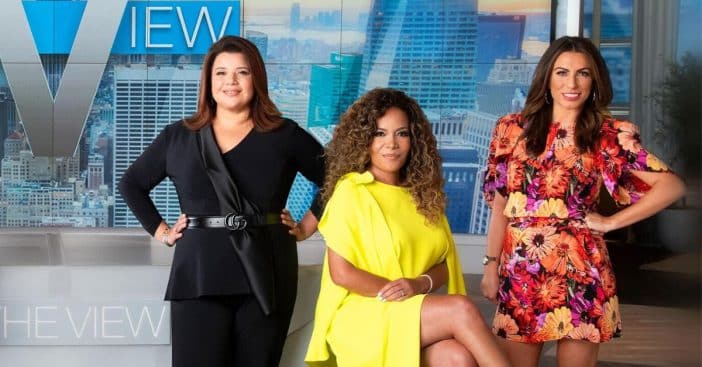 The View can get pretty heated. There are several co-hosts that appear on the long-running series and many of them have very different political views and opinions in general. In a recent episode, Whoopi Goldberg started a discussion about “toxic feminity,” especially in the workplace.

Two of the new View co-hosts, Alyssa Farah Griffin and Ana Navarro got into a pretty heated debate during the show. Alyssa said, “We’ve come a long way in critiquing some of the male practices that are not helpful and need to be called out. Women have made a ton of progress, but we can also be each other’s worst enemies. It’s still the case, and I have to say, some of the worst bosses I’ve had have been women and sometimes colleagues in the workplace who are women.”

Ana chimed in, “That’s what happens when you work with Kellyanne Conway.” Alyssa is a former Donald Trump associate and worked with both Trump and Conway. Alyssa looked shocked and replied, “I can’t really get a word in without you attacking me. So, I wouldn’t say this is a totally different environment of women supporting each other.”

RELATED: Fans Slam ‘The View’ Co-Host Sunny Hostin For ‘Too Much Botox’

Ana sipped her drink and said, “Oh, I haven’t attacked you yet.” While the ladies pulled it together and the fight did not escalate, it clearly showed a lot of tension between the two newcomers. This year, Alyssa has also clashed with Sunny Hostin. Whoopi and Joy Behar have been seen getting into arguments as well.

The View certainly has a lot of drama. It airs on weekdays at 11 a.m. ET on ABC. Do you still watch the show?

RELATED: Fans Are Wondering Where Newcomer Ana Navarro Is On ‘The View’