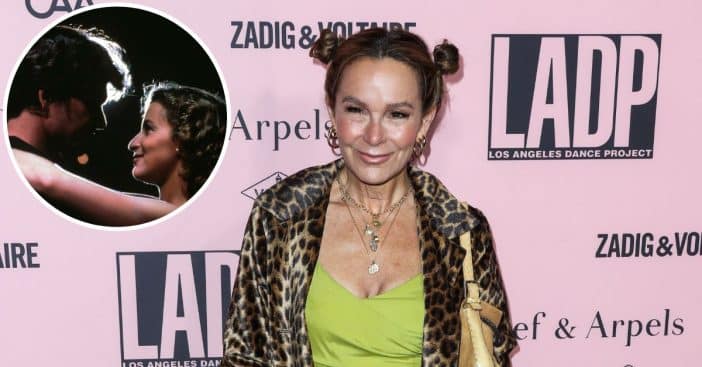 The sequel to Dirty Dancing is set to be released in February 2024, and 62-year-old Jennifer Grey, who played “Baby” in the original, will be back, but “quite a few years older” this time. The actress also mentioned that besides her, we will be seeing some of the original cast in this sequel.

The original focused the spotlight on a young lady, Frances “Baby” Houseman, played by Grey, who falls in love with dance instructor Johnny Castle, excellently portrayed by the late Patrick Swayze, while on vacation with her family at Kellerman’s resort in 1963. The production was a box office hit and is still considered a classic today.

35 Years Since The Original ‘Dirty Dancing’

Dirty Dancing earned a lot of praise and recognition in the ’80s. Grey and Swayze bagged Golden Globe nominations for their performances in the movie, which also won an Academy award, and a Golden Globe for Best Original Song “(I’ve Had) The Time Of My Life.”

“It’s tricky but also exciting,” Grey commented on the upcoming Dirty Dancing sequel. She also confirmed that the sequel would, as the original was, be set at the fictional Kellerman’s Resort in the Catskill Mountains, and that filming will commence in the spring.

Lionsgate announced the sequel in 2020, reporting that it “will be a coming-of-age romance centered on the experience of a young woman at the summer camp, but Baby’s own journey will intertwine with this to create a multi-layered narrative.” Grey’s co-star, the late Patrick Swayze, who passed away in 2009 from pancreatic cancer, would not be replaced by another, but they will craft the story in such a way that it deals with his absence.

“Johnny is a part of Baby’s journey in the story. This film exists in a dialogue with the original. We want to introduce this story to a whole new generation,” co-screenwriter Jonathan Levine said. “That said, Johnny’s absence looms large over the story, so it’s a coming-of-age story, but also a coming-of-age for Baby’s character in a way.”

“I know in my heart, I would love to give fans or a young, new audience an experience that would never replicate that, but has the same kind of underpinnings,” Grey continued in her interview with People. “Dirty Dancing was a fairytale, a successful movie and formula, using dance as a metaphor for embodying your energy and getting out of your head, and your limiting belief systems.”

Click for next Article
Previous article: Are Real Or Artificial Trees Better For The Planet?
Next Post: Mariah Carey’s ‘Messed Up Childhood’ Led Her To Her Love For Christmas