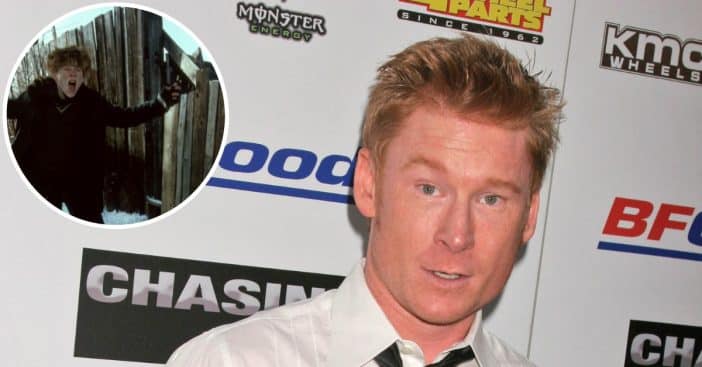 Zack Ward, who played Scut Farkus in 1983 A Christmas Story, talks about why the sequel, A Christmas Story Christmas, is coming out three decades after the original film. The reason he gave was that everyone wanted the movie to be perfect and different from the original. The cast didn’t want to ruin the legacy the movie has built over the years.

“There were so many concepts pitched prior to this film getting made. There were probably five or seven other scripts and ideas that were pushed.” Peter Billingsley, who played the central character, Ralphie Parker, passed on many previous scripts,” Zack said. “And I’d seen some of [the scripts], and I was not interested in doing them because it had to be right. Otherwise, it would be a disaster.”

For most people, A Christmas Story made their childhood, and if any sequel was going to come on, it had to be better than the first. The actors understood this assignment and ensured everyone was committed to the movie and ready to take responsibility if things went sideways.

RELATED: Zack Ward Of ‘A Christmas Story’ Believes His Face Gets Him The Bully Roles

The 52-year-old actor explained things from his point of view, “My father had a saying, ‘In an egg and bacon breakfast the chicken’s involved, but the pig is committed.’ So as an actor, as somebody who raises money for charity every year, utilizing A Christmas Story as the lightning rod, I’m a pig … like I am committed to this.”

“I’m going to have to put up with whatever conversations fans have. If they’re upset, they’re going to blame me,” he continued. “Whether or not it’s my fault. I know that I’m going to be the face that they come up to like, ‘You ruined it.’ And Peter [Billingsley] knows that as well.”

The sequel still underwent scrutiny after the production

No one can blame Zack for wanting the movie to come out perfect; it’s his legacy. He further revealed how he took his time to go through every detail of the sequel after the filming. “I saw the film, and I’m a filmmaker myself, so of course, I’m going to go in there with the most attitude and like, ‘Well, what about this?’ ” he claimed. “And my wife and I were laughing out loud and crying and holding our chests and holding hands and feeling emotions.”

“That’s a very hard thing to do for a movie that the production of you’re in,” he added. “So that’s a big deal. I’m very happy with it. I’m very honored to be part of it.”

On a final note, he expressed his desire for people to enjoy the sequel as he does, “And I hope people watch the original and then watch this. Because I think the connection between the two is as seamless as it can be and it spans 30 years. So it’s now more relevant to you if you grew up with that movie.”